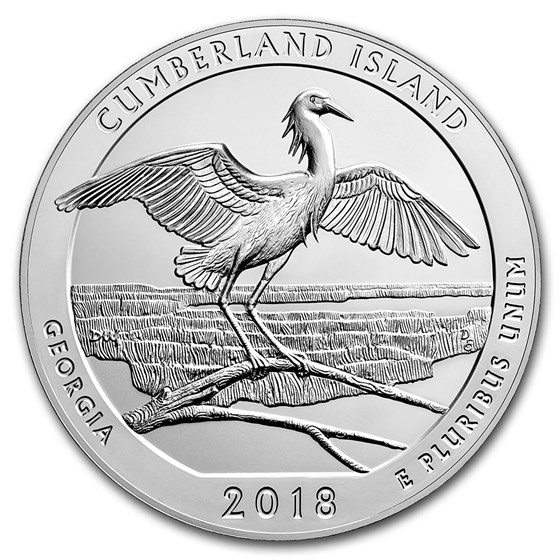 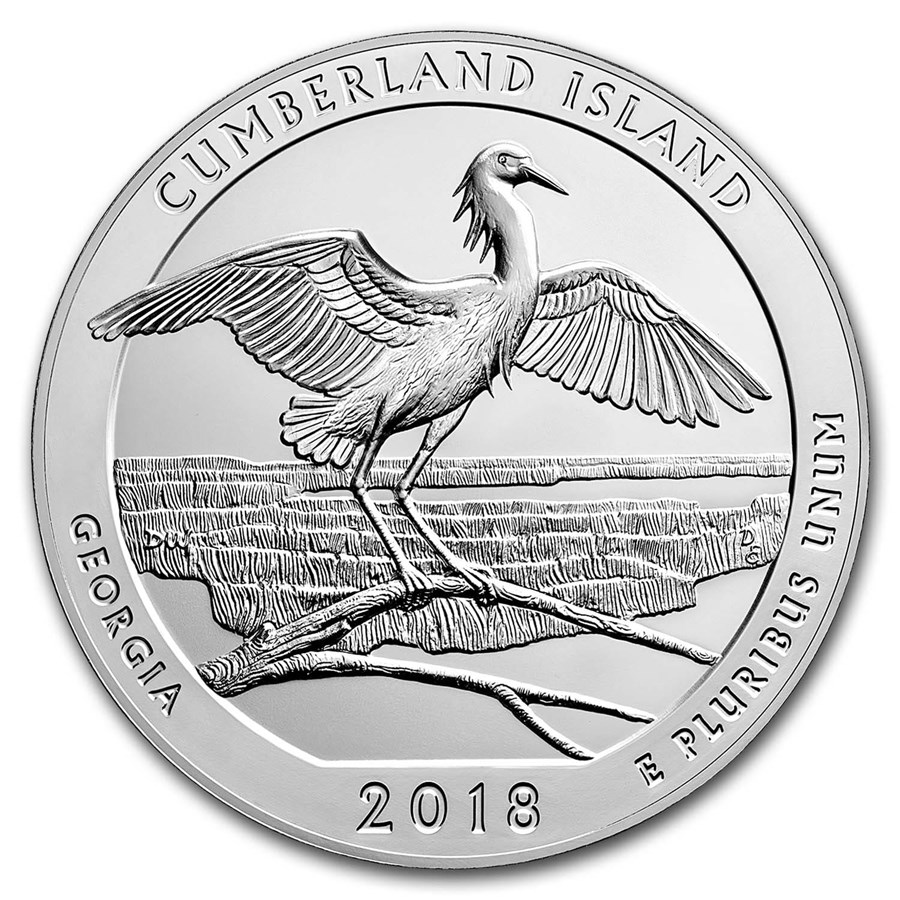 This coin commemorates Cumberland Island National Seashore in Georgia. This is the 44th release of 56 coins. These coins are sought after by investors for their .999 fine Silver content, and demanded by collectors for their artistic value.

Cumberland Island National Seashore
Cumberland Island National Seashore was proposed in 1972 joined the National Park System in 1982, set aside to preserve Cumberland Island - the largest of the state’s Golden Isles. The Sierra Club and Georgia Conservancy were pivotal in creating and preserving the park which features beaches, dunes, marshes, and freshwater lakes. Accessible only by boat with only 300 visitors allowed on the island at a time, the park has 23 distinct ecological communities, making it the largest and most biodiverse of Georgia's barrier islands.There are no paved roads or trails on the island, which makes the maritime forests, undeveloped beaches and wide marshes a pristine island gem in the National Park System.

As a Georgia native this is a no brainer. Been to Cumberland Island as well awesome place with wild horses. This coin is big and beautiful.