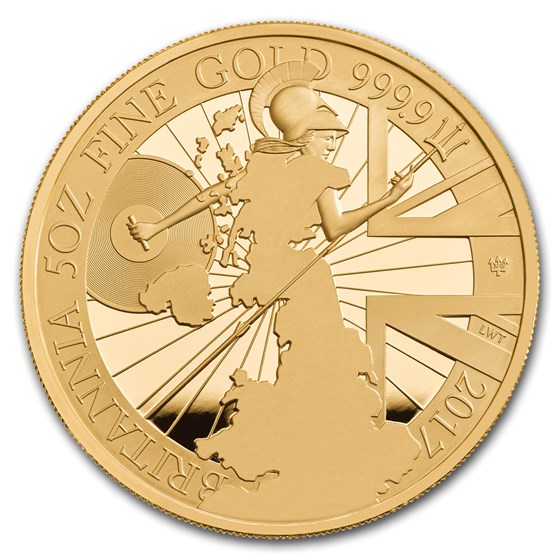 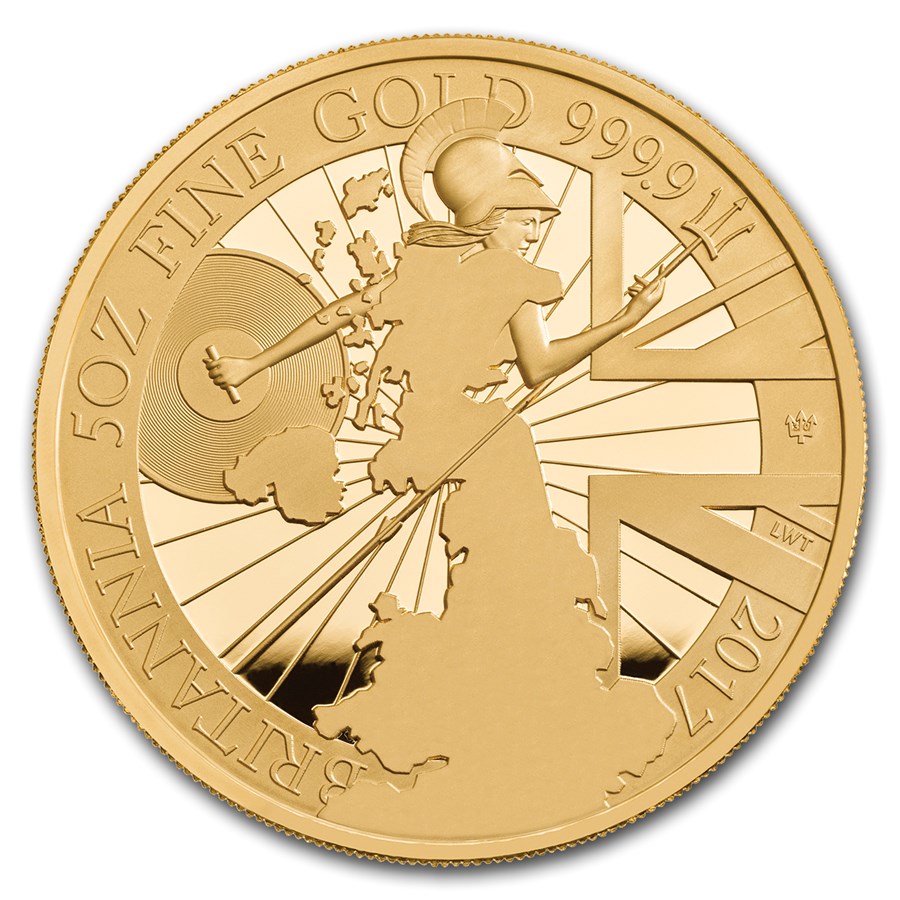 Your purchase will match the quality of the product shown.
Product Details
Product Details
This impressive coin contains 5 oz of Proof finish .9999 fine Gold and marks a year of change for Great Britain.