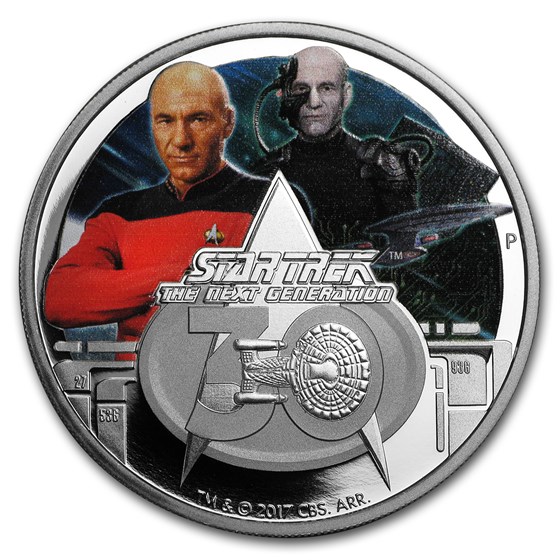 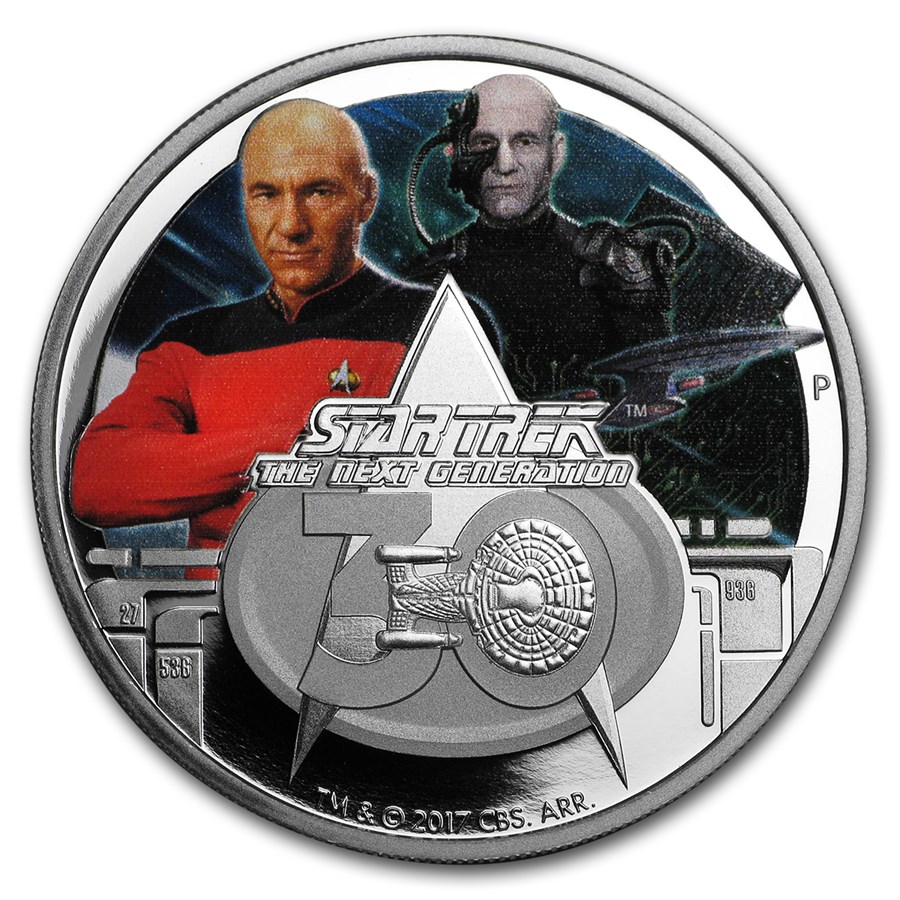 $32.51
As Low As
Product Details
Product Details
Gene Roddenberry’s Star Trek: The Next Generation debuted in 1987 and ran for 178 episodes over seven seasons until 1994, making it the longest running Star Trek series to date.

The series followed the 24th century adventures of Captain Jean-Luc Picard and his crew on board the latest incarnation of the U.S.S. Enterprise NCC-1701-D.

Coin Highlights:
This exceptional 1 oz Proof coin would be a great addition to any coin collection. Add this beautiful Star Trek: The Next Generation coin to your cart today!

Now with the correct "Next Generation" FONT on outer shipper box

The 2015 Tuvalu proof coins featuring Captain Picard and Enterprise #2 have a detail error, the outer shipper boxes, they used the wrong font taken from the original star trek series, glad to see that the font is now the correct one for the newer Next Generation series.