2017 Republic of Ghana 1 oz Silver Proof Werewolf vs. The Count 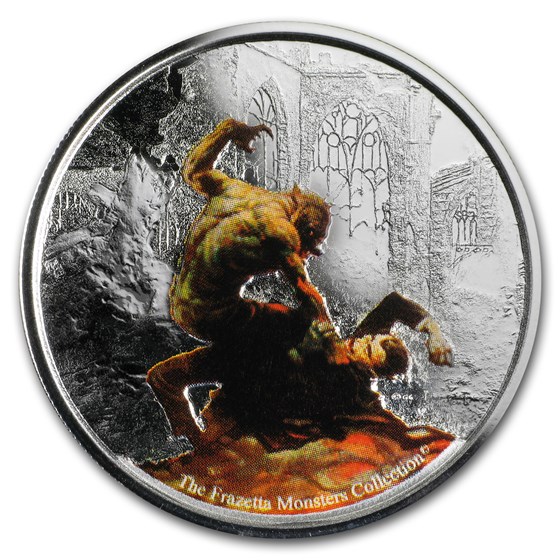 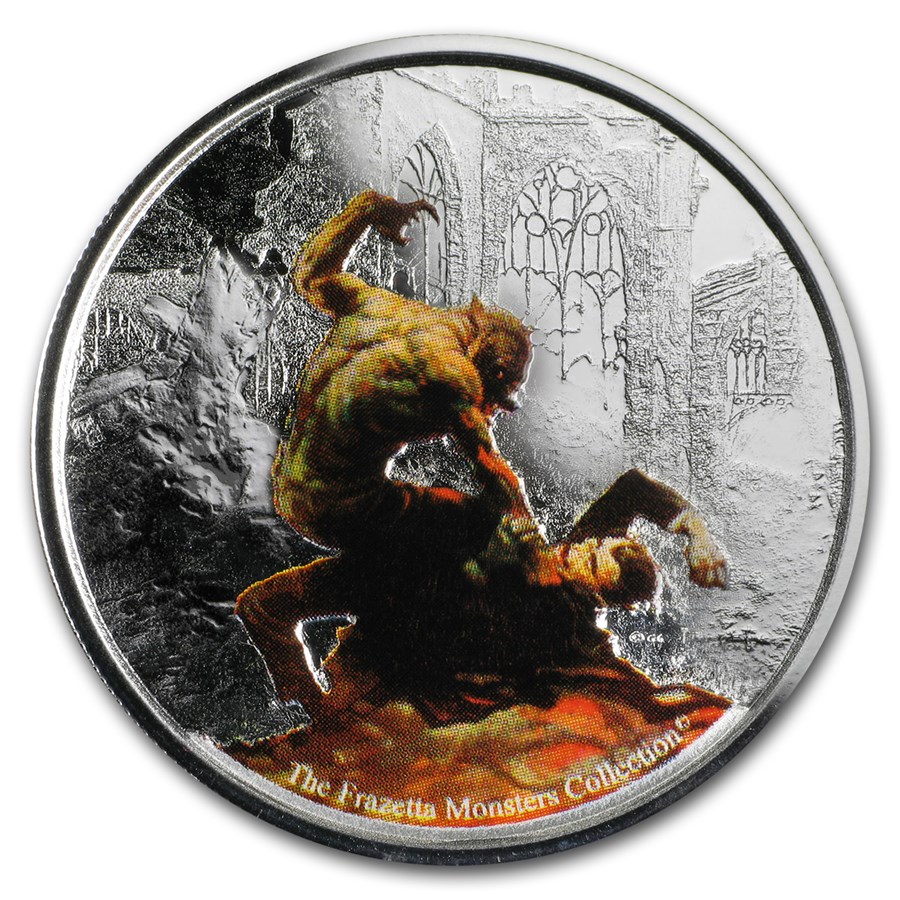 2017 Republic of Ghana 1 oz Silver Proof Beyond the Grave

Product Details
Product Details
Scottsdale Mint is proud to announce the release of the first two coins in the new Frazetta Monsters Collection©: "Beyond the Grave" and "Werewolf vs. The Count."

Now, for the first time ever, collectors may own two of legendary American fantasy artist Frank Frazetta's most famous pieces of art as currency!

With an extremely low mintage and high collectability value, this Frank Frazetta piece would be a great addition to any collection. Add this bone-chilling 2017 Werewolf vs. The Count coin to your collection today!

In the story of the Werewolf vs. The Count, the ancient hatred between the two brewed until it unfolded into a savage brawl. Cries of rage echo through the ruins as the Werewolf's might overwhelms The Count but the ancient vampire is far from defeated.

Frank Frazetta, the world renowned artist and creator of the coins' images made his mark among tens of thousands of sci-fi artists in the mid 1950’s. Mr. Frazetta is generally credited with having started the entire barbarian era when his interpretation of Conan the Adventurer hit the book stands in 1966, and ever since that time, Frank Frazetta has set the standard that still reigns at the top of all fantasy illustrators. Select Frank Frazetta art pieces are known to sell to this day in excess of $1,000,000.

I bought both Frank Frazetta Monster coins sold on APMEX. I can't bring myself to open up the boxes yet. The boxes are awesome too! Very excited to own them.

At first I was not sure of the quality of this coin from the picture, man was I wrong. This coin went beyond my expectations. The packaging is top notch. Much credit must go to the artisans and engravers, they match the in quality the coins (colored) from Niue. To better display this coin set an easel inside the display box where the coin sits for better viewing. I think this a must to RPG (Role Player Game) enthusiasts. In the end I think Mr. Frazetta would be pleased with this product.