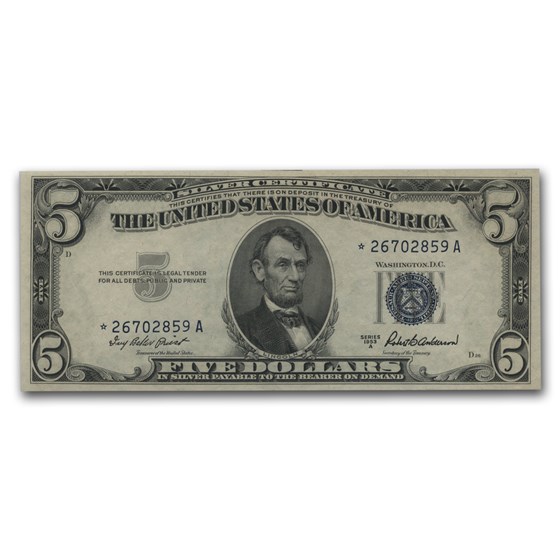 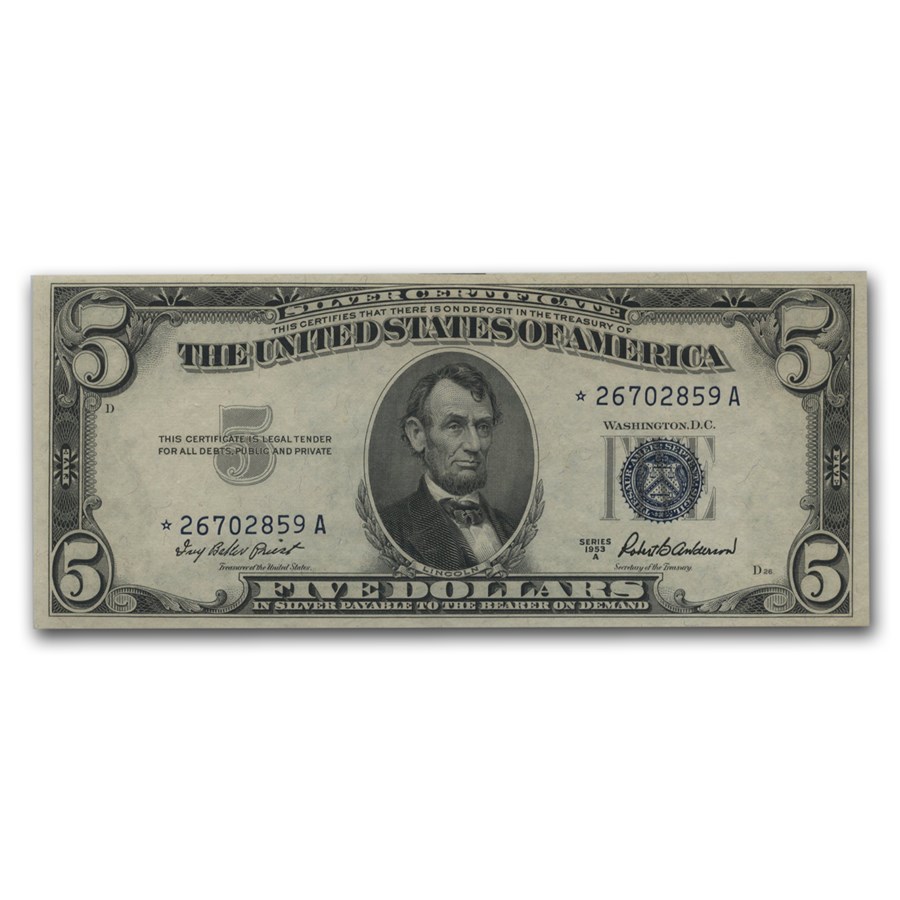 
Silver Certificates were adopted for circulation in this denomination beginning in 1886. The $5 denomination remained when we switched over to small size notes in 1928 and continued until the early 1960s when this type was discontinued. The $5 Federal Reserve Note then became the only type circulating.

Series 1953-A $5 Silver Certificates Star &starf; Notes were printed in limited numbers, and are more difficult to locate than their regular issue counterparts. These notes also saw heavy usage until the type was discontinued in the 1960s. These $5 Silvers are popular with collectors, and these Star notes will make a great addition to any paper money collection.