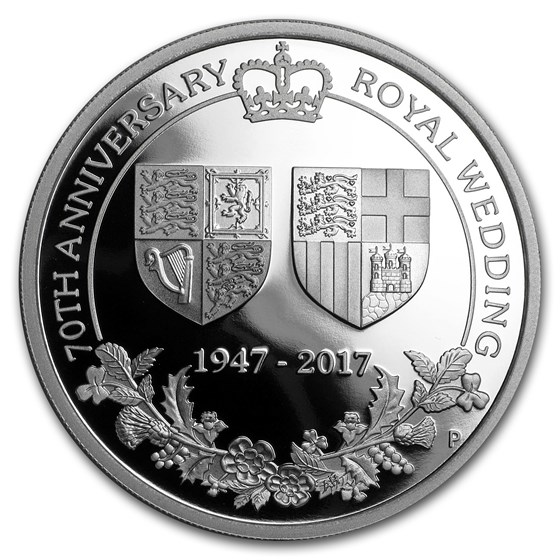 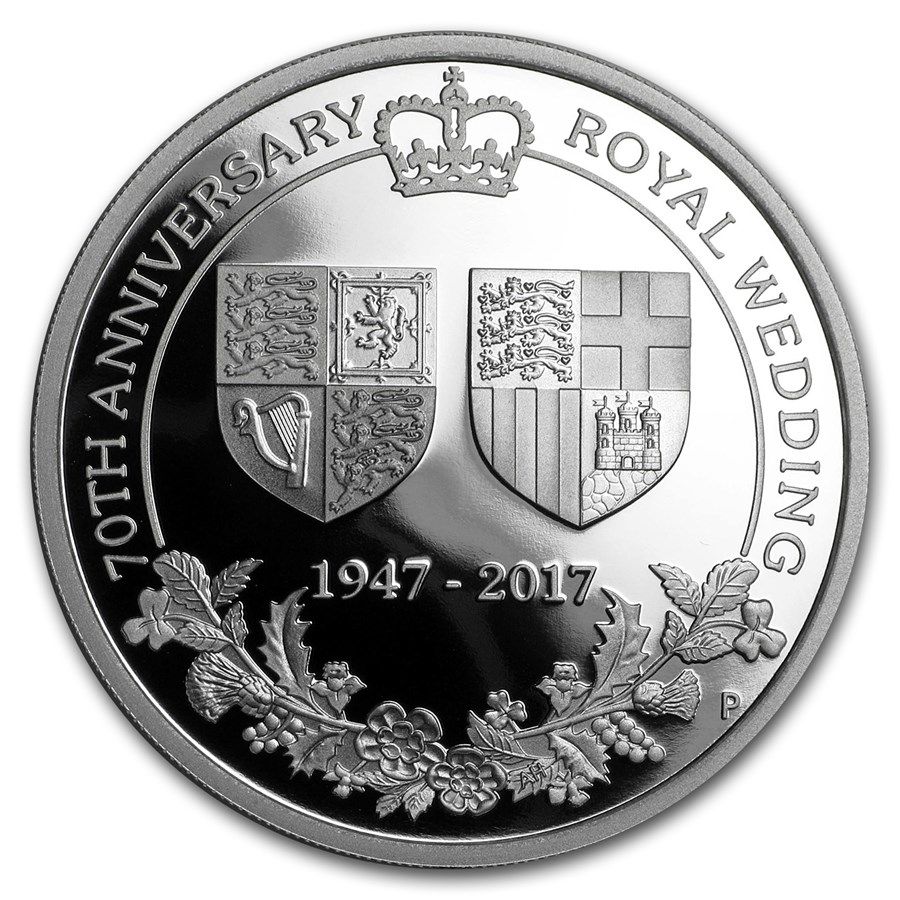 $28.01 $28.31
As Low As
Product Details
Product Details
This special commemorative release celebrates the Platinum wedding anniversary of Her Majesty Queen Elizabeth II and the Duke of Edinburgh.

The Queen, then known as Princess Elizabeth, married the Duke of Edinburgh, known then as Lieutenant Phillip Mountbatten, at Westminster Abbey in London at 11:30 am on 20 November, 1947. The wedding was attended by 2,000 guests and broadcast to 200 million radio listeners around the world.

Coin Highlights:
Be sure to add this 2017 70th Anniversary of the Royal Wedding to your collection today!