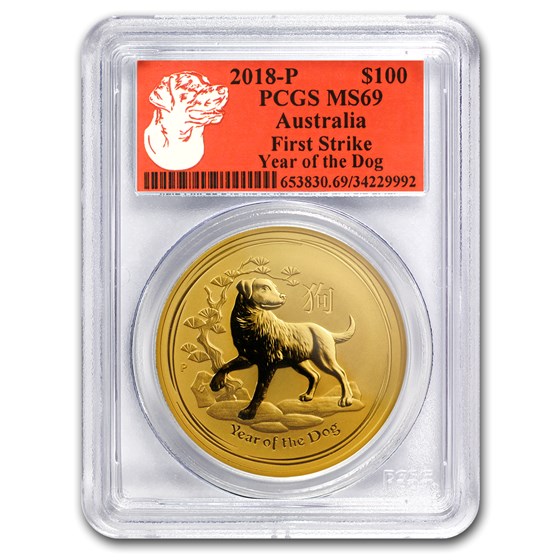 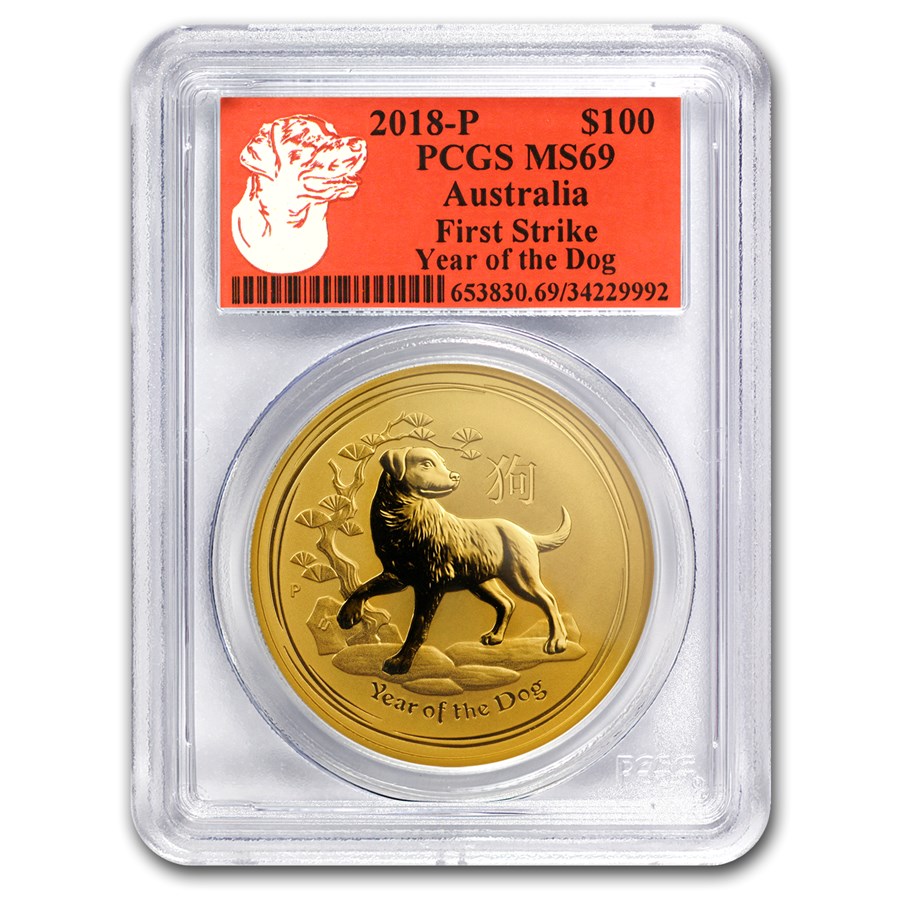 Product Details
Product Details
This Gold Lunar Dog from Perth Mint is graded a near perfect First Strike MS-69 by PCGS and comes in an APMEXclusive® Red Label holder. With the mintage capped at 30,000 coins, Gold Lunar coins are highly sought after.

However, these MS-69 PCGS coins have a much lower population than the raw coins, with only 20 FS MS-69 coins in the Red Label. The overall population of First Strike coins from PCGS is 206.

Coin Highlights:
Protect and display your near perfect MS-69 PCGS Dog in style by adding an attractive display or gift box to your order.

This is my first Perth Mint Lunar gold. I have a lot of Perth silver and finally popped for the gold version. I usually avoid bullion slabbed coins, but this was on sale at the time for less then a raw coin. It's a beautiful coin and I will buy future releases. Typical, routine flawless transaction with APMEX :)