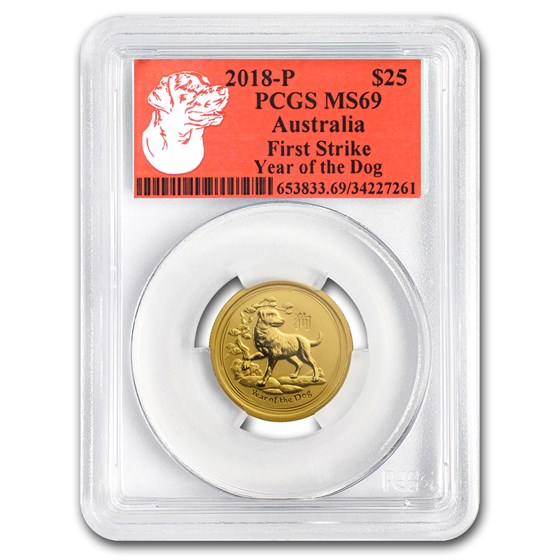 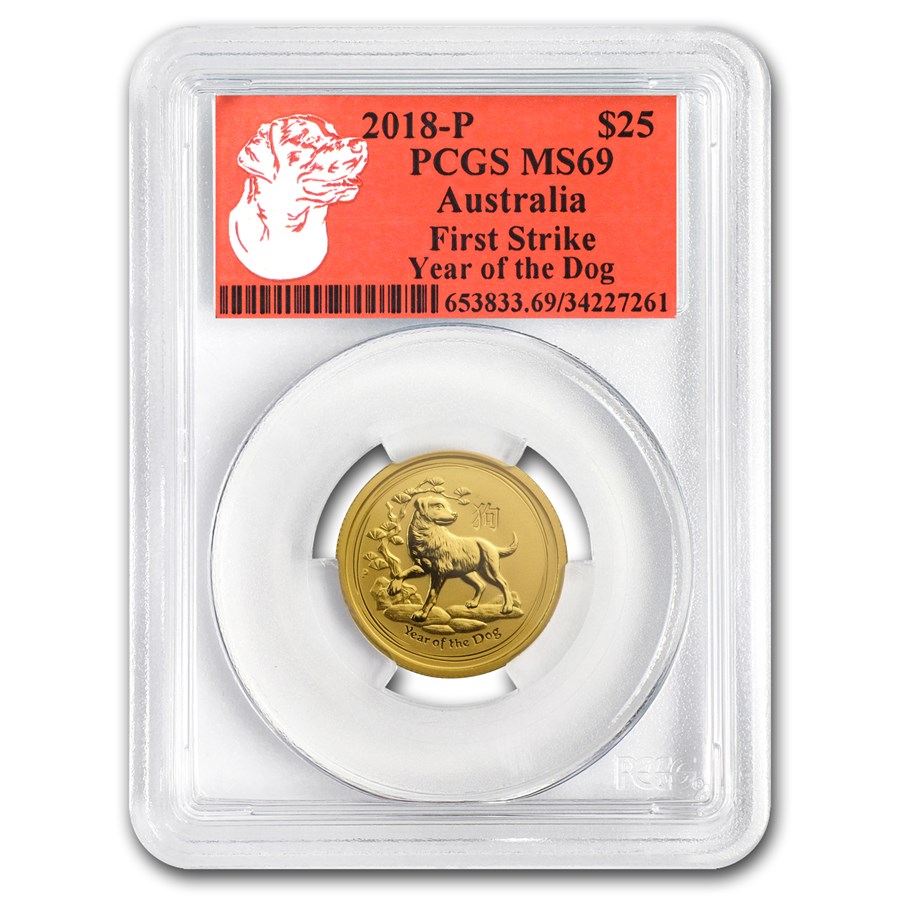 $2,162.79 $2,182.79
As Low As
16% Off The Premium
Product Details
Product Details
This Gold Lunar Dog from Perth Mint is graded a near-perfect First Strike MS-69 and comes in the APMEXclusive® Red Label holder from PCGS. Fractional coins allow you to invest in Gold at a lower price than their full oz counterparts.

However, these MS-69 PCGS coins have a much lower population than the raw coins, with only 5 FS MS-69 coins in the Red Label. Typical populations for perfect MS-69 Gold Lunars are less than 500 coins each year.

Coin Highlights:
Protect and display your near-perfect MS-69 PCGS 1/4 oz Dog in style by adding an attractive display or gift box to your order.

Known for their quality and collectibility, the Perth Mint Lunar series is a cornerstone of many Precious Metals portfolios. The original Lunar bullion series, these coins (beginning with the Series I launch in 1996) have become some of the most widely collected around the globe, as demand originated in Asia but spread to Europe and America as investors became exposed to the design and quality. In addition to the annual design change, many investors love that the coins' select mintage limits create the potential for even greater investment return in the form of a numismatic premium appreciation.