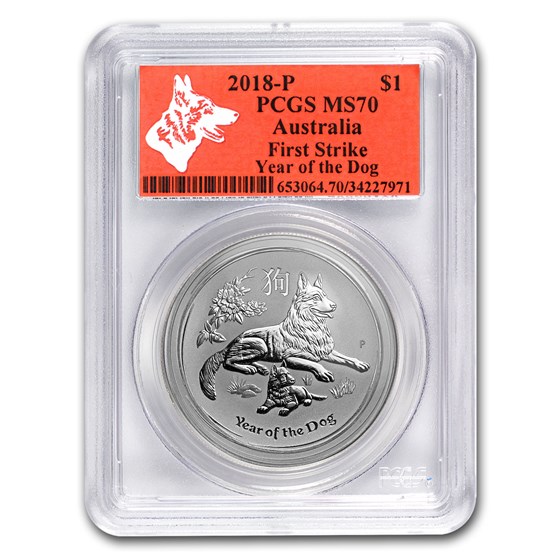 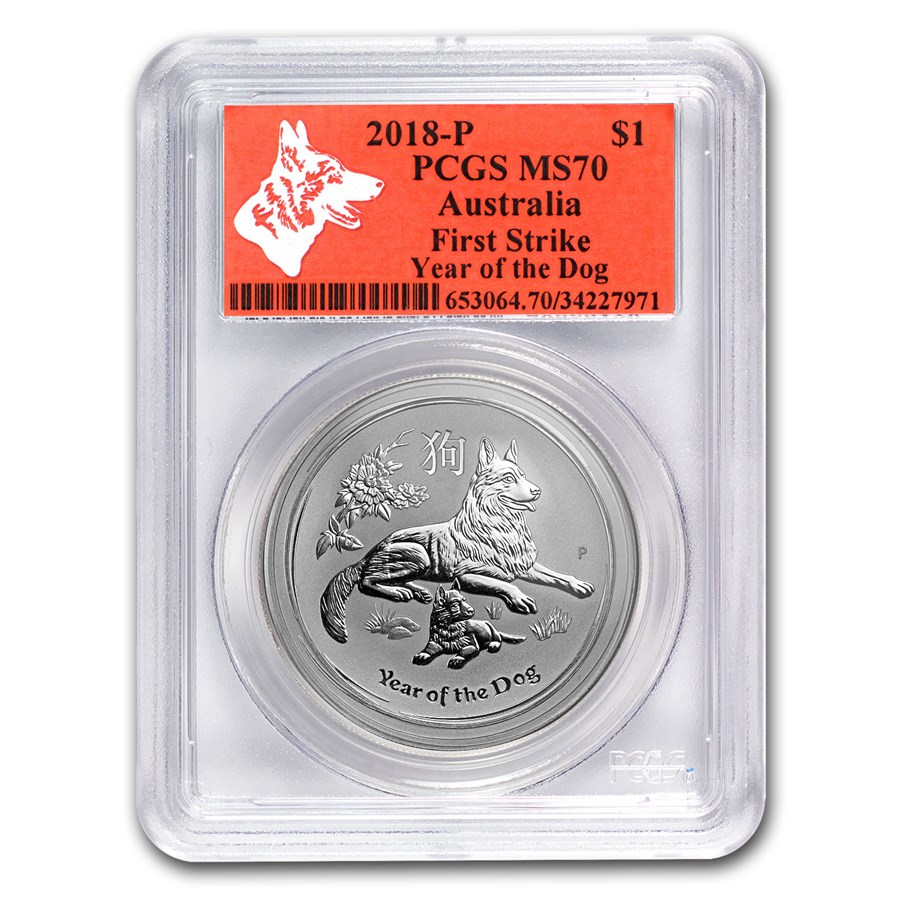 Product Details
Product Details
This Silver Lunar Dog from Perth Mint is graded a perfect First Strike MS-70 by PCGS and comes in the APMEXclusive® Red Label holder from PCGS. With the mintage capped at 300,000 coins, Silver Lunar coins are highly sought after each year.

However, these MS-70 PCGS coins have a much lower population than the raw coins, with only 453 FS MS-70 coins in the Red Label. The overall population of First Strike coins from PCGS is 1,162.

Coin Highlights: Protect your Silver coin in style by adding an attractive display box to your order.

Add this Silver Lunar Dog coin to your cart today!

A landmark coin series of the highest regard, the Perth Lunars package beautiful designs, limited mintages and universal appeal all in one program. 2018 marks the second year of the Silver Lunar coin being minted in .9999 fineness, increasing its desirability to both collectors and investors.