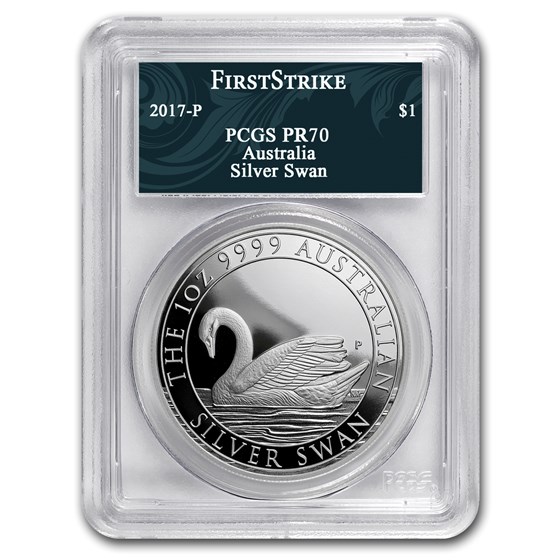 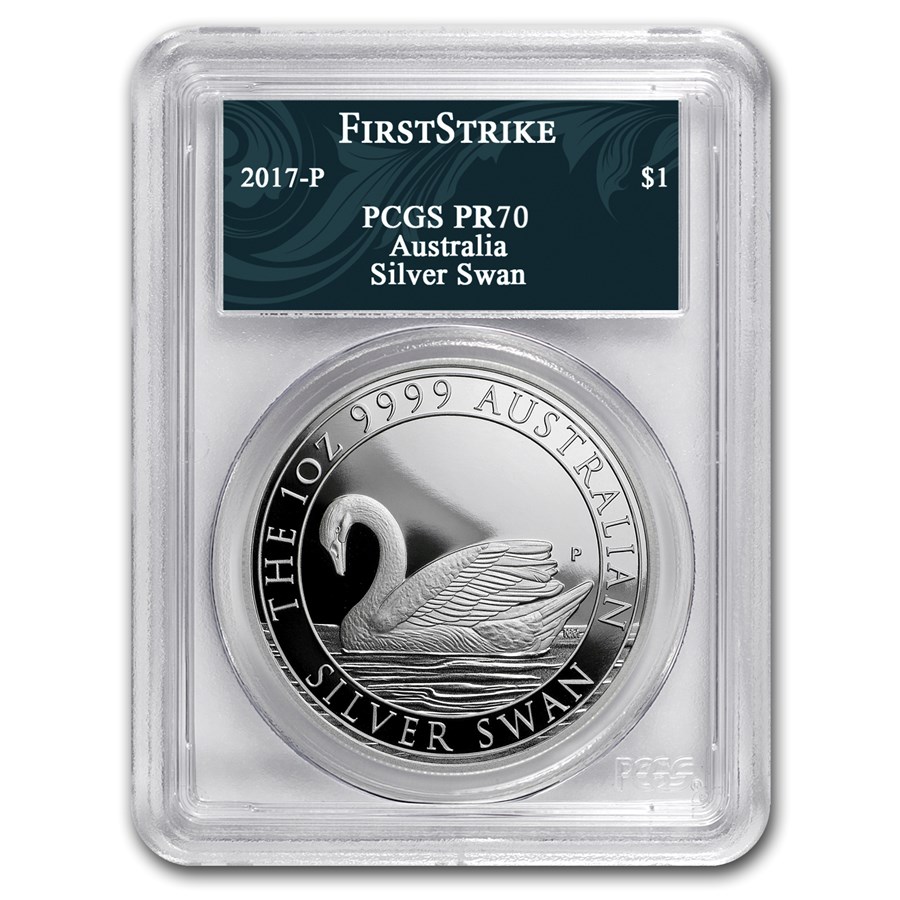 Your purchase will match the quality of the product shown.
Product Details
Product Details
The Silver Proof Swan coin has a limited mintage of 2,500 coins made of .9999 fine Silver. However, these PR-70 PCGS coins have a much lower population than the raw coins, with only 105 FS PR-70 graded in the Swan Label.

This coin is the first in what's expected to be an annual series of 1 oz limited mintage Silver Proof Swan coins with designs varying each year, much like the heralded Koala and Kookaburra coin series from Perth. Learn about the entire Perth Swan Series today.

This swan is so lifelike that it appears to be ready to take flight off the coin itself. Add this spectacular 2017 1 oz Silver Swan graded First Strike PR-70 by PCGS to your cart today!

Swans are often a symbol of love and fidelity due to their long-lasting monogamous relationships. Swans are almost entirely herbivorous, though they will eat small amounts of aquatic animals. There are around seven different species of swan found around the world. Swans are classified as a threatened species mostly due to hunting and habitat loss. Pollution is also a contributing factor.
Don't miss out on the Australia .9999 fine Silver Swan coins from 2017!