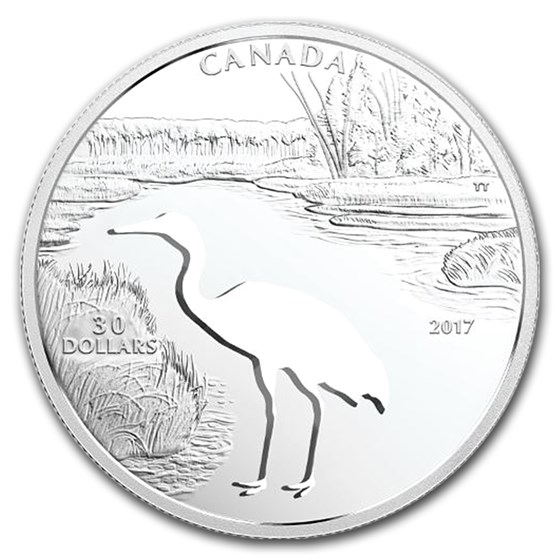 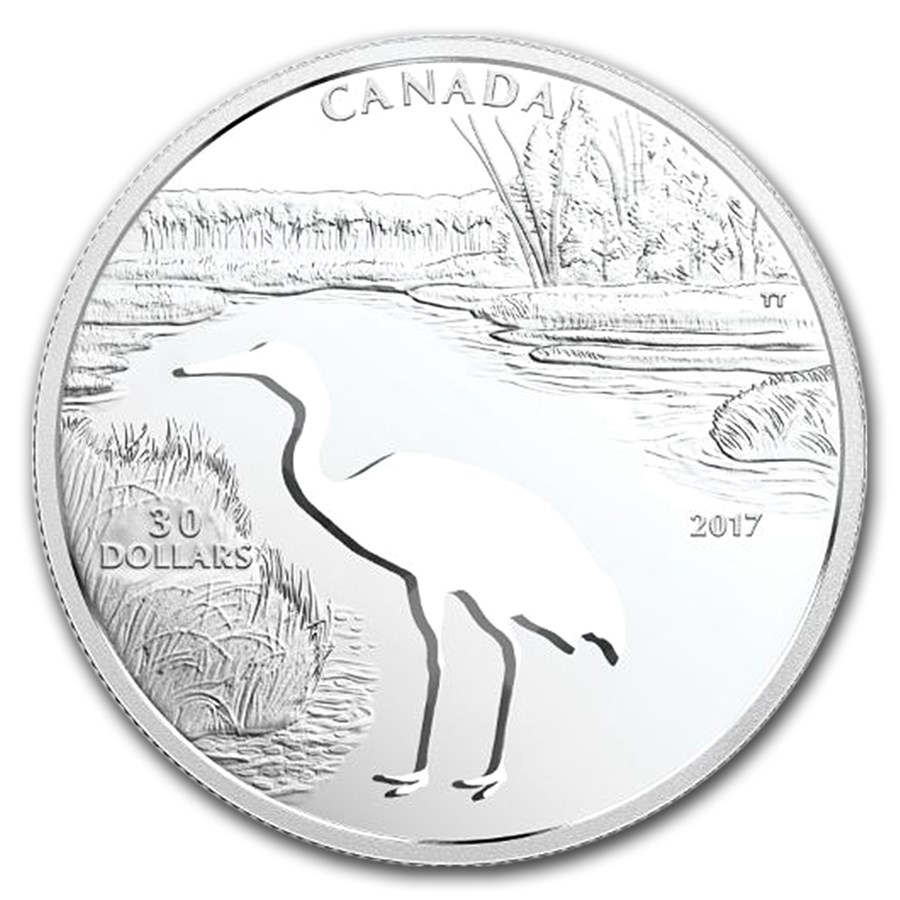 The photogenic whooping crane is North America’s tallest bird. It’s also one of our rarest avian friends and the focus of intensive conservation efforts over the last few decades. We continue our exploration of Canada’s at-risk species with this second coin in a series, featuring a uniquely shaped cutout that delivers a powerful message about the plight of this endangered species.

Coin Highlights:
Add this Whooping Crane Cut Out coin to your cart today!

A first for the Royal Canadian Mint, state-of-the-art technology and internationally renowned craftsmanship have come together to produce the first coin to feature a uniquely shaped cut out, one that smoothly recreates the animal’s iconic outline!

The reverse design by Canadian artist Trevor Tennant whisks the viewer to the northern boreal plains, specifically the remote wetlands near the border of Alberta and the Northwest Territories. Detailed engraving and multiple finishes recreate the mighty forests that surround the whooping crane’s natural nesting grounds, where it builds its nest in the low vegetation that lines the shallow water. Skillfully carved to ensure a smooth edge, the crane-shaped cut-out re-creates the large bird’s unmistakable silhouette, which stands as a tribute to this great conservation icon. But the eye-catching element also delivers a powerful message; it’s a re-imagining of the landscape without its long-endangered summer resident.