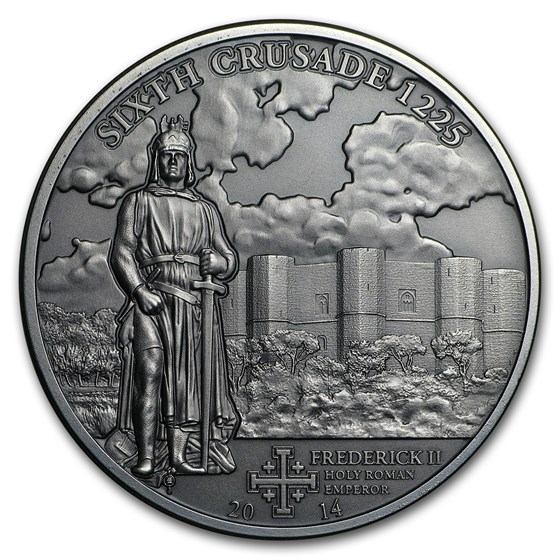 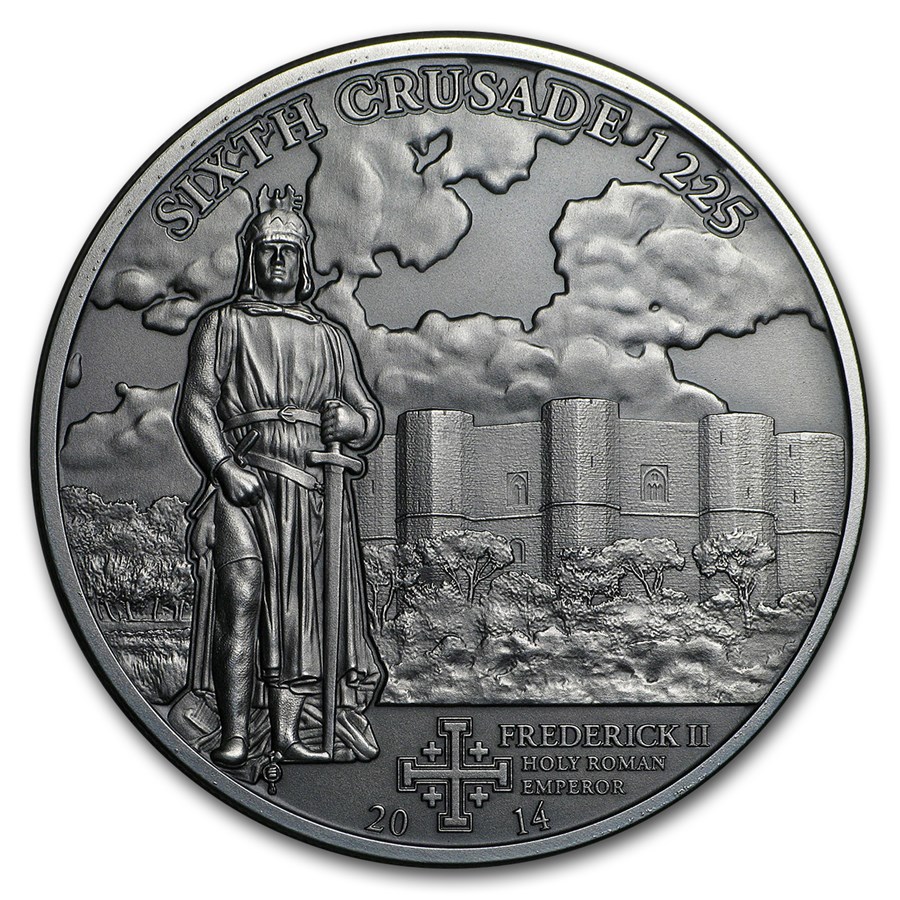 $33.96
As Low As
Product Details
Product Details
This is the sixth antique Silver coin of a ten coin series featuring a unique scene from the crusade and the most important commander/leader in that crusade.

The Crusades were a series of religiously sanctioned military campaigns. Add this Crusade Frederick II Silver coin to your cart today.

The Sixth Crusade started in 1228 as an attempt to regain Jerusalem. It began seven years after the failure of the Fifth Crusade. It involved very little actual fighting. The diplomatic maneuvering of the Holy Roman Emperor, Frederick II resulted in the Kingdom of Jerusalem regaining control of Jerusalem and other areas for fifteen years.