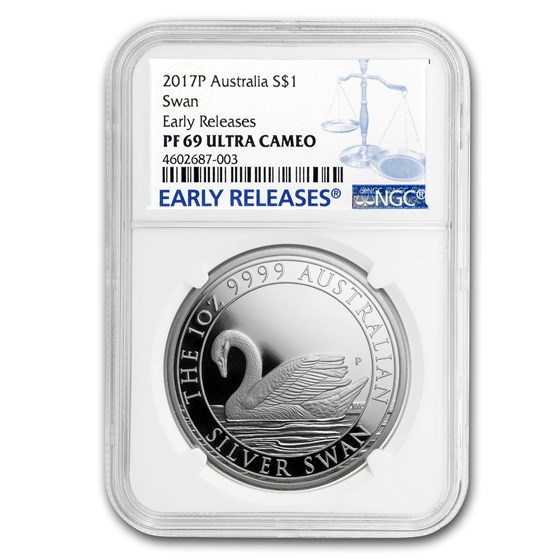 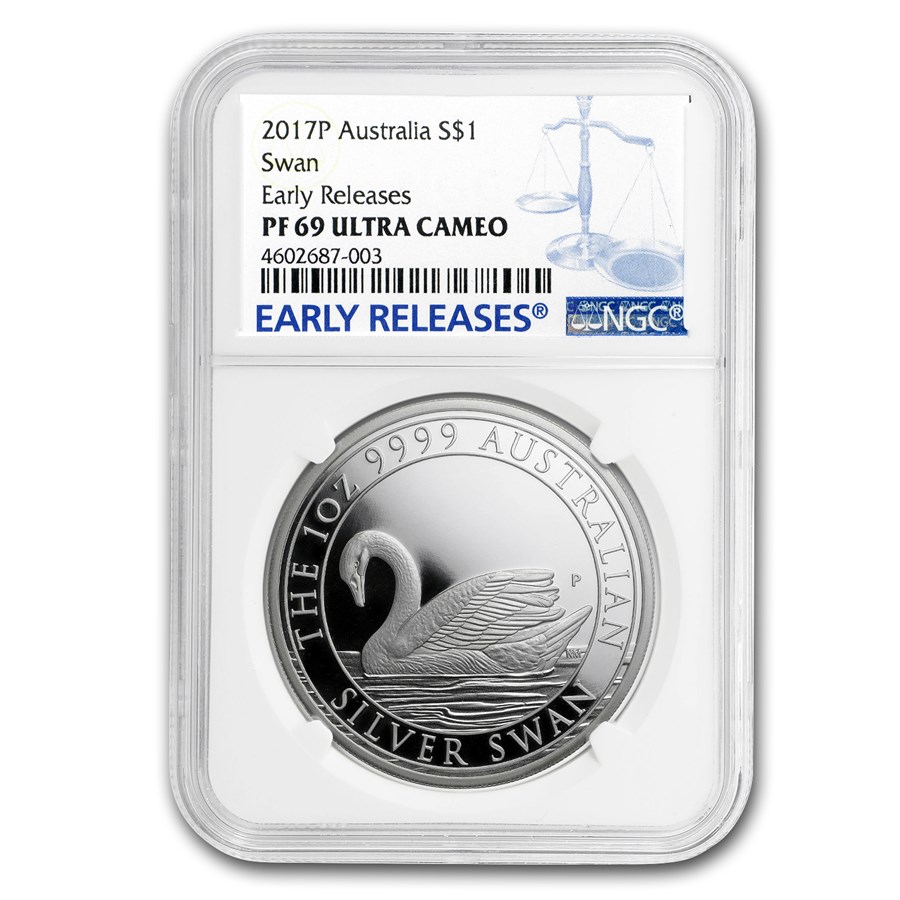 Product Details
Product Details
The Silver Proof Swan coin has a limited mintage of 2,500 coins made of .9999 fine Silver. This coin was graded a near-perfect PF-69 by NGC with the Early Releases designation.

This coin is the first in what's expected to be an annual series of 1 oz limited mintage Silver Proof Swan coins with designs varying each year, much like the heralded Koala and Kookaburra coin series from Perth. Learn about the entire Perth Swan Series today.

Coin Highlights:
Protect and display your perfect PF-69 NGC Swan in style by adding an attractive display or gift box to your order.

This swan is so lifelike that it appears to be ready to take flight off the coin itself. Add this spectacular 2017 1 oz Silver Swan graded Early Release PF-69 by NGC to your cart today!

Beautiful coin. I like the fact that there will be a different design every year. I am not a big time investor, but am very happy that I can afford something special and attractive. I am starting a new collection, thank you Apmex.