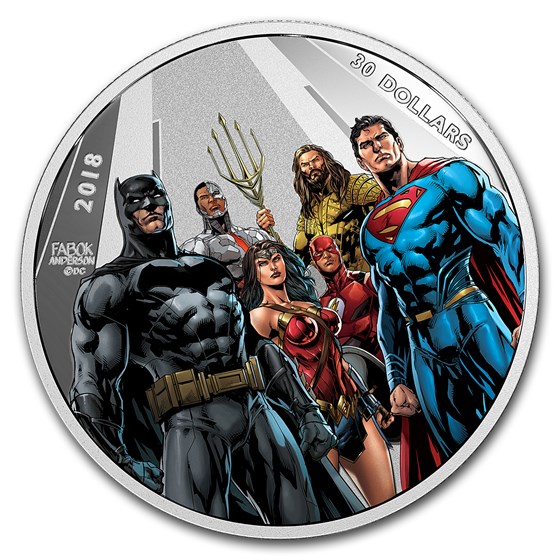 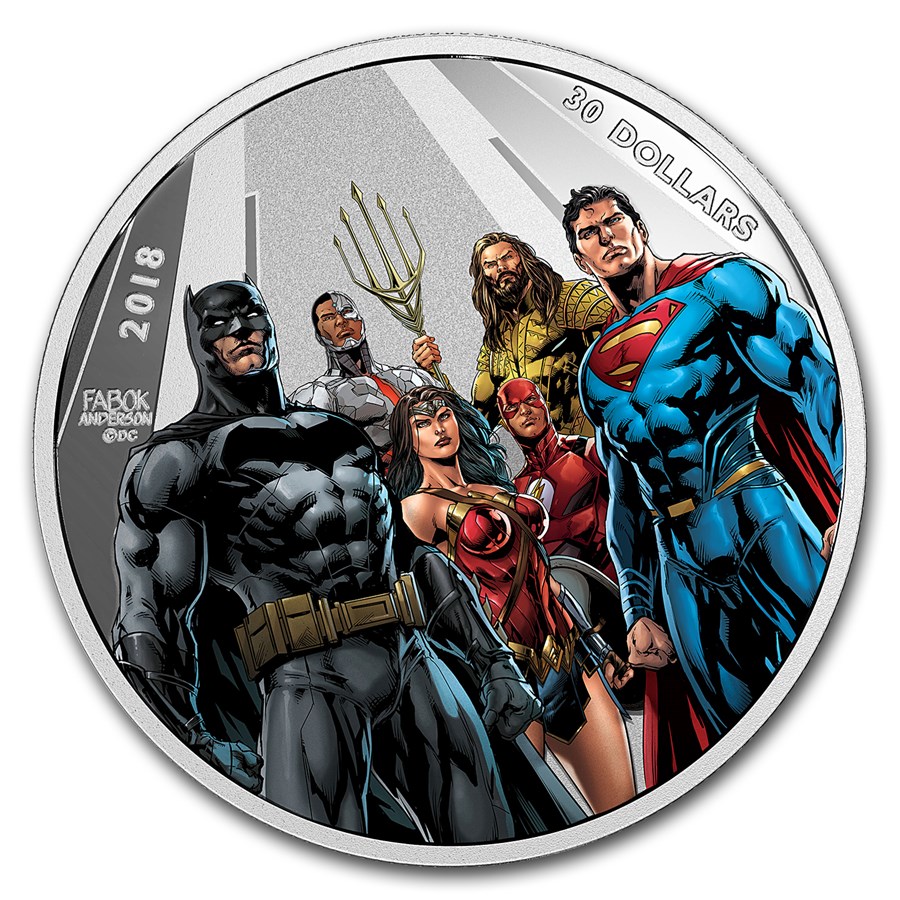 Product Details
Product Details
This 2 oz Silver coin is an enduring work of art. The reverse features original art by Canadian artist Jason Fabok. One of the industry’s fast-rising stars, Fabok created this concept exclusively for this coin—you won’t find it anywhere else.

Fueled by his restored faith in humanity and inspired by Superman’s selfless act, Bruce Wayne enlists the help of his newfound ally, Diana Prince, to face an even greater enemy. Together, Batman and Wonder Woman work quickly to find and recruit a team of metahumans to stand against this newly awakened threat. But despite the formation of this unprecedented league of heroes—Batman, Wonder Woman, Aquaman, Cyborg and The Flash—it may already be too late to save the planet from an assault of catastrophic proportions.

By combining vivid and meaningful packaging with an inspired coin design, this series is an excellent introduction for comic book fans to the world of coin collecting. Add this 2018 2 oz Silver $20 Justice League World's Greatest Super Heroes coin to your cart today!