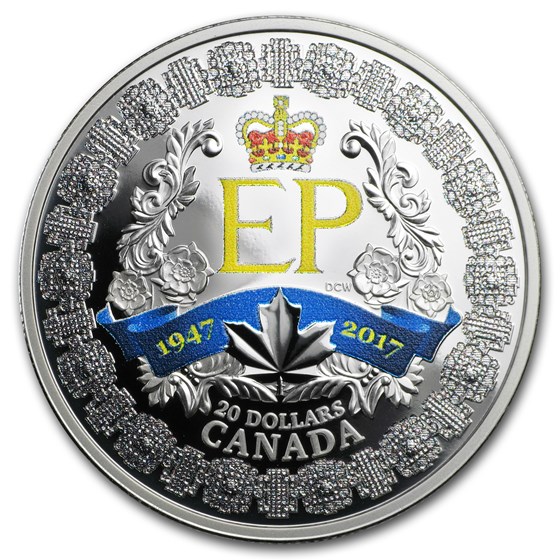 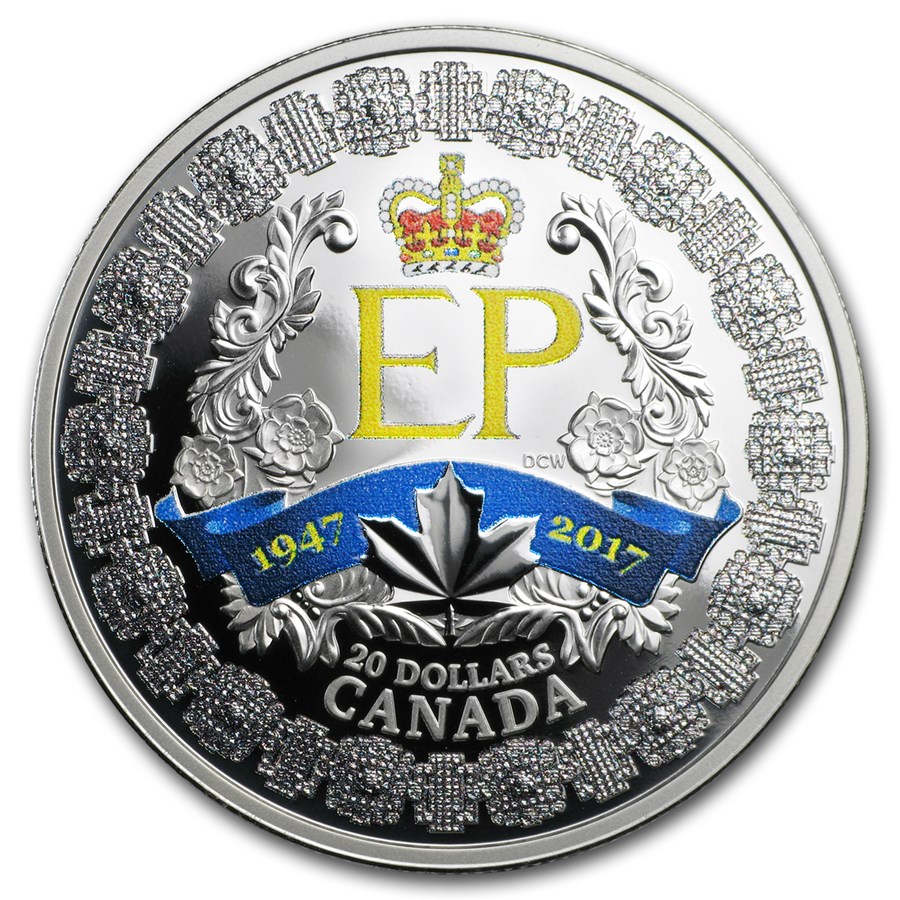 Product Details
Product Details
On November 20, 2017, Her Majesty Queen Elizabeth II and His Royal Highness Prince Philip, Duke of Edinburgh, celebrate their 70th wedding anniversary. It is an extraordinary milestone that is traditionally celebrated with the gift of Platinum.

More than a regal collectible, this is a truly beautiful coin that will be prized by royalty watchers, historians, collectors and art connoisseurs alike. Add this unique 1 oz Silver A Platinum Celebration coin to your cart today!

A sumptuous color application over detailed engraving places a special emphasis on the Royal Cypher (EP) and St. Edward’s Crown; both are flanked by decorative scroll work that comes together in the shape of a tiara, with a prominent maple leaf to pay tribute to the Canadian Crown. The vibrant blue hue of the garter sash provides a colorful backdrop for the engraved double dates “1947” and “2017” that mark this Royal Platinum Anniversary.

Fittingly, the geometric motif encircling the design is inspired by Her Majesty’s platinum-set bracelet, which was gifted to her by His Royal Highness on their wedding day (November 20, 1947). This artistic rendering of the Royal jewel is further enhanced by luster color technology, which evokes the scintillating beauty of diamonds and adds a regal sparkle to our numismatic celebration.