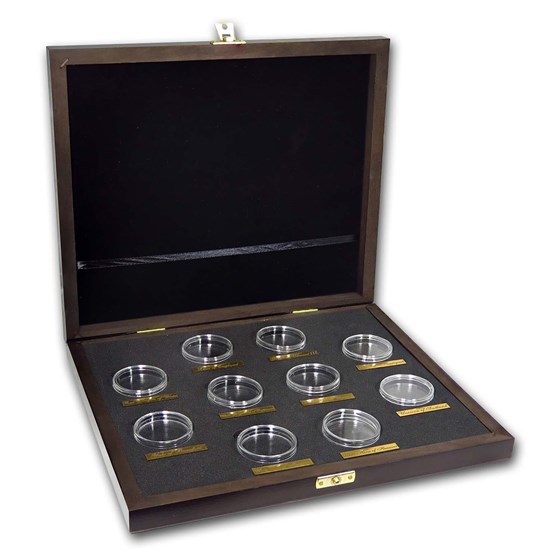 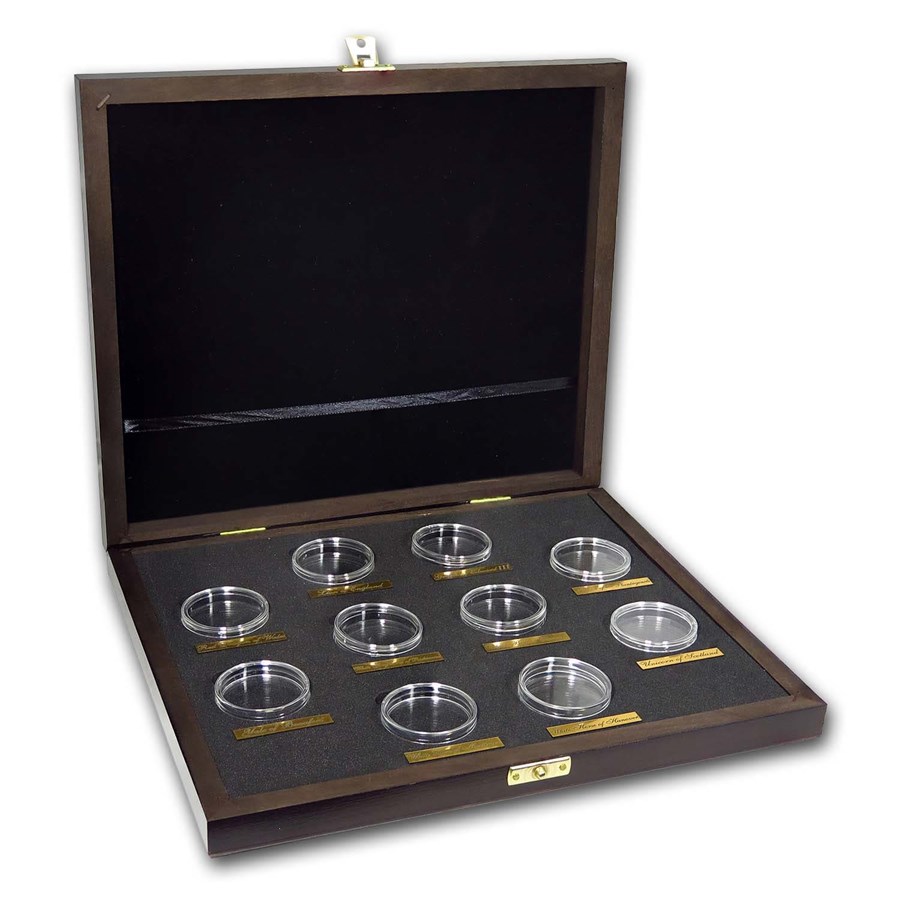 EXACTLY WHAT I WANTED

I love the Queen's Beasts series and wanted to be able to display them. Now the 9 coins I have are beautifully protected in airtight discs in this lovely display box. Looking forward to the White Greyhound to complete this series. The box is interesting and arouses curiosity; a great way to display a series I love .

I've recently become aware of the 9999 five ounce silver Queens Beasts series collection. I've bought all 7 five oz. coins currently available. I wanted a display box for them. This box is quality built with wood. It comes with the plastic capsules and has plaques under each coin slot with the coins title. It really makes the collection look beautiful. APMEX is my go to dealer!!!

After reading the reviews I was kind of skeptical of purchasing this but wanted a case for the QB's. I opened it up and was very impressed with the case. Yes its a bit expensive for what it is but it was well worth my hard earned money. Now to finish filling it up with the last three coins!

Can’t wait to get this filled up

Poor quality for the cost

The quality was not what I would recommend to a friend

Cool B.C. each slot is labeled