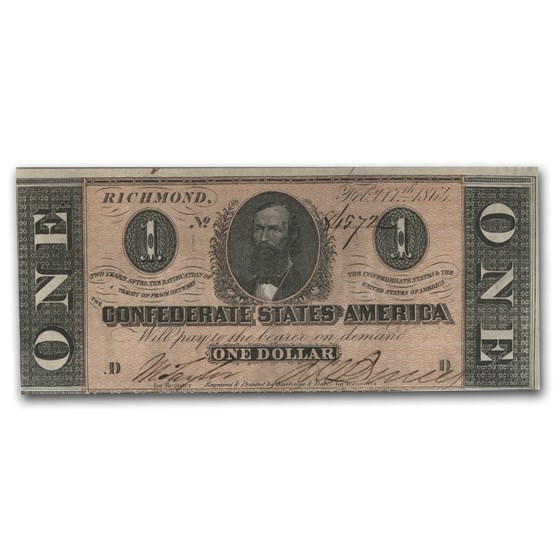 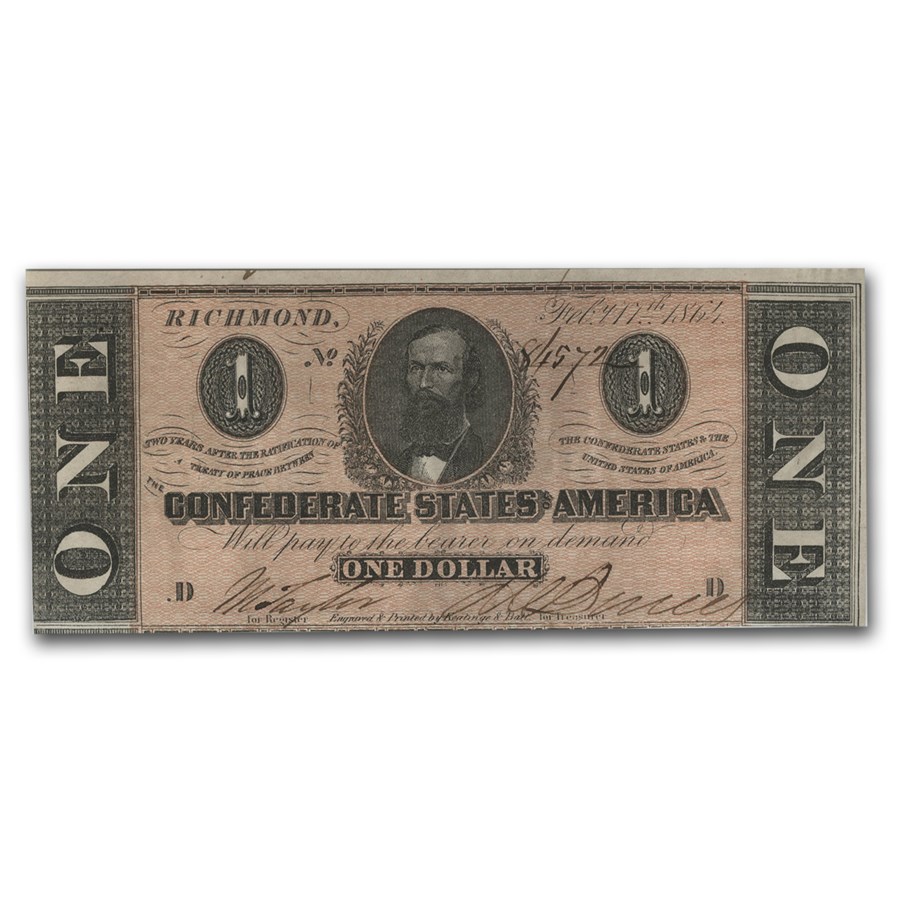 Product Details
Product Details
This Confederate States $1.00 note is from the series of 1863, and features a portrait of Clement Clay at top center.

This note has seen some light wear. This Almost Uncirculated note is a nice affordable example of CSA paper money used during the Civil War.