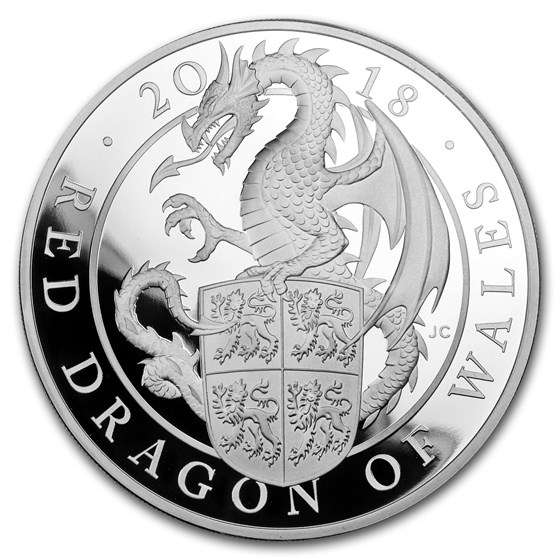 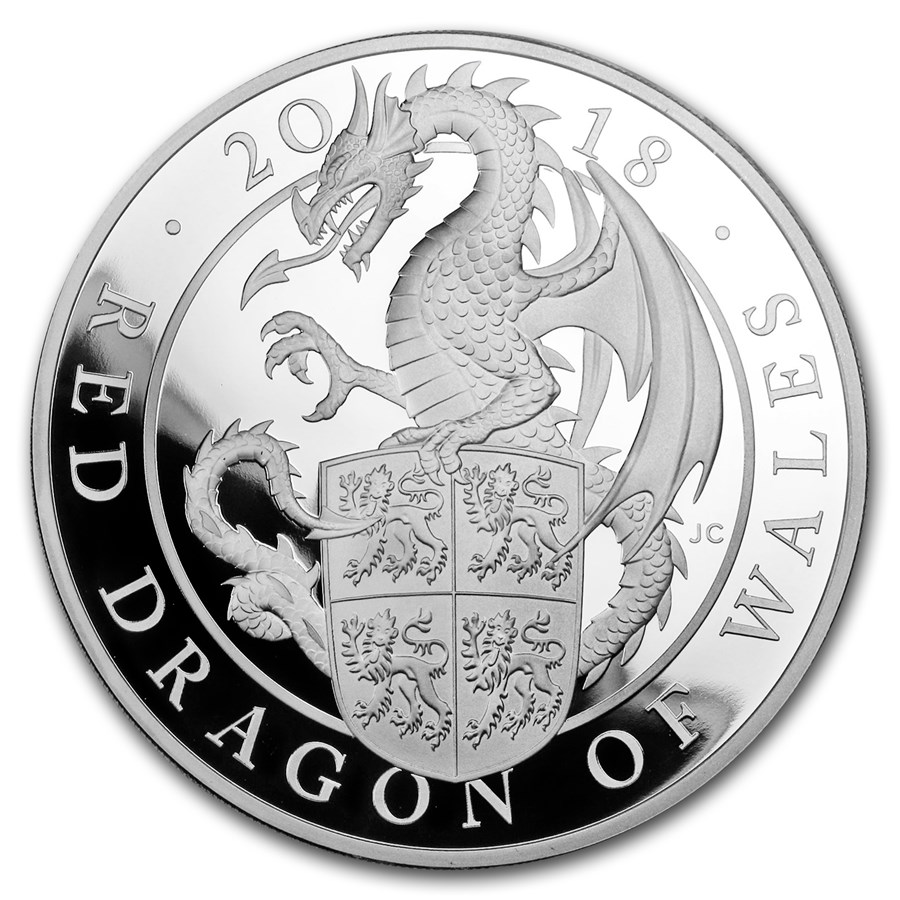 $28.64
As Low As
Product Details
Product Details
The third release in the Queen's Beasts Proof series features the fiery Red Dragon of Wales! This creature symbolizes part of Queen Elizabeth's heraldry and was an emblem of Owen Tudor, the grandfather of Henry VII.

This majestic coin is a must-have for any collection! Add this 2018 Great Britain Proof 5 oz Silver Queen's Beasts Dragon to your cart today!

My Favorite so far of the series

I collect coins as a hobby and this series (Queens Beast) is one of the best designed coins since the Britannia Series. (My opinion of course)