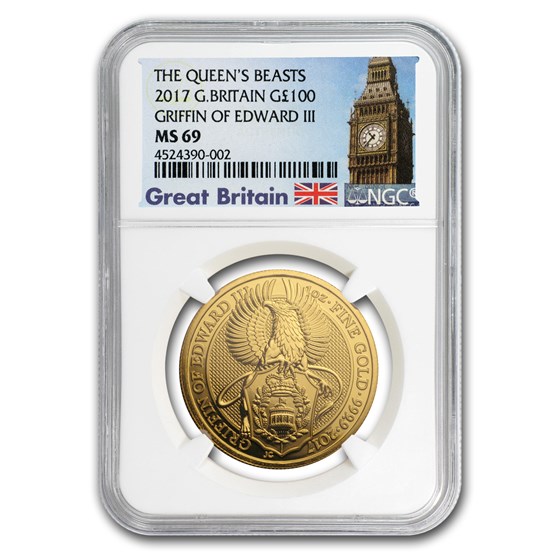 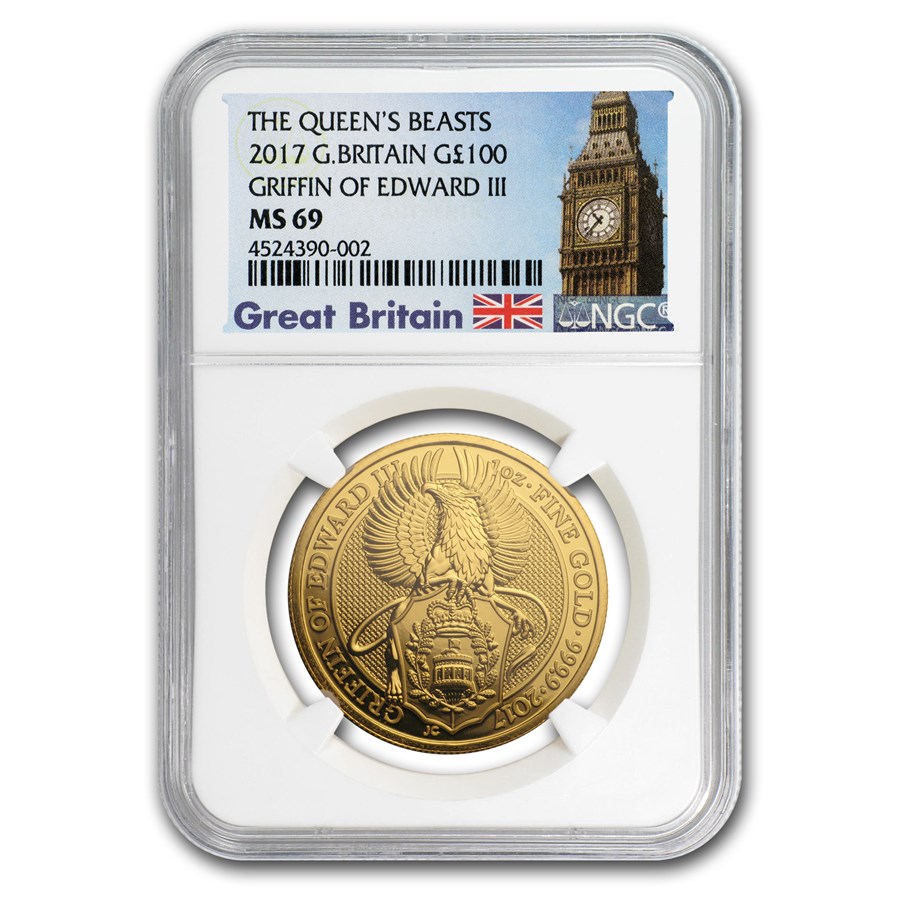 $2,004.79
As Low As
Product Details
Product Details
This coin is rated MS-69 by NGC. The Queen’s Beasts celebrate the British Monarch and the centuries of fascinating heraldry that has been a part of their story.

Coin Highlights:
Add the second coin of this exciting new 10 coin series to your cart today!