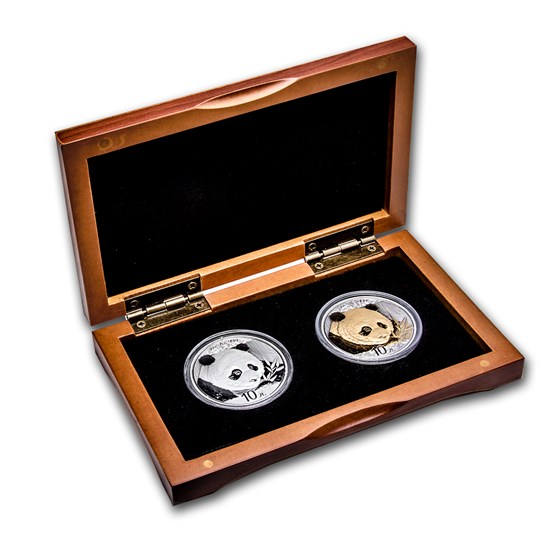 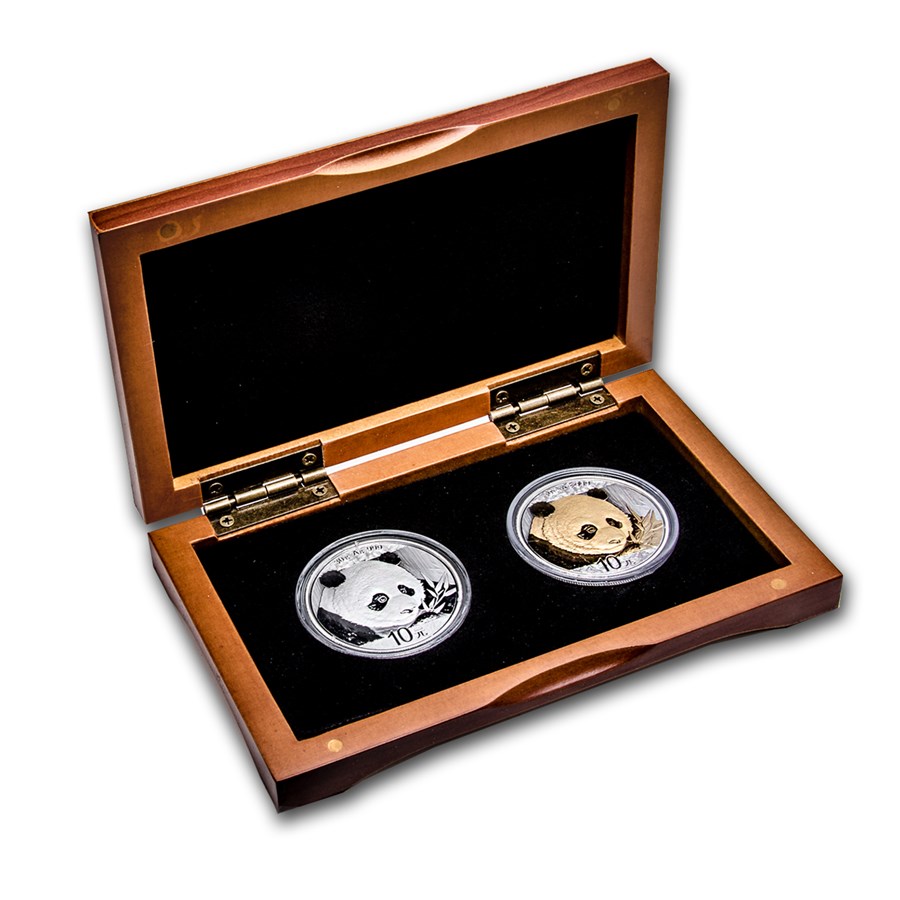 Your purchase is guaranteed to match the quality of the product shown. It will not be this exact item.
Product Details
Product Details
Chinese Pandas are highly sought after as one of the world’s only bullion coins to change designs every year. This beautiful set includes a 30 gram Silver Panda with a Gold overlay and 30 gram Silver Panda in Brilliant Uncirculated condition.

Set Highlights:
Secure your Silver Panda by adding an attractive display box to your order.

The People’s Republic of China issues and guarantees the quality of each Silver Panda coin. Silver Panda coins are minted from several mints each year. Those mints include but are not limited to Shenzhen, Shanghai and Shenyang. Unlike the U.S. Mint, these Chinese Mints do not incorporate mintmarks to distinguish the difference between each mint. Instead, these mints are known for having minor differences in the design of the coin such as font size, bamboo length and designs of the temple in certain year’s mintages. With the annual change in design, and unique mint variations, the price of Silver Pandas has appreciated over time making them highly sought after by collectors and investors.