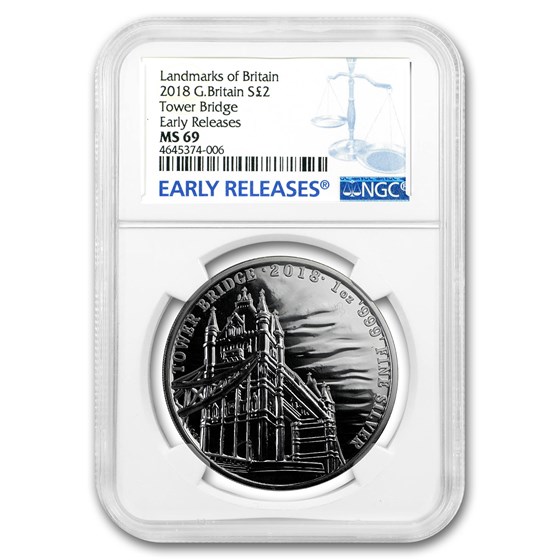 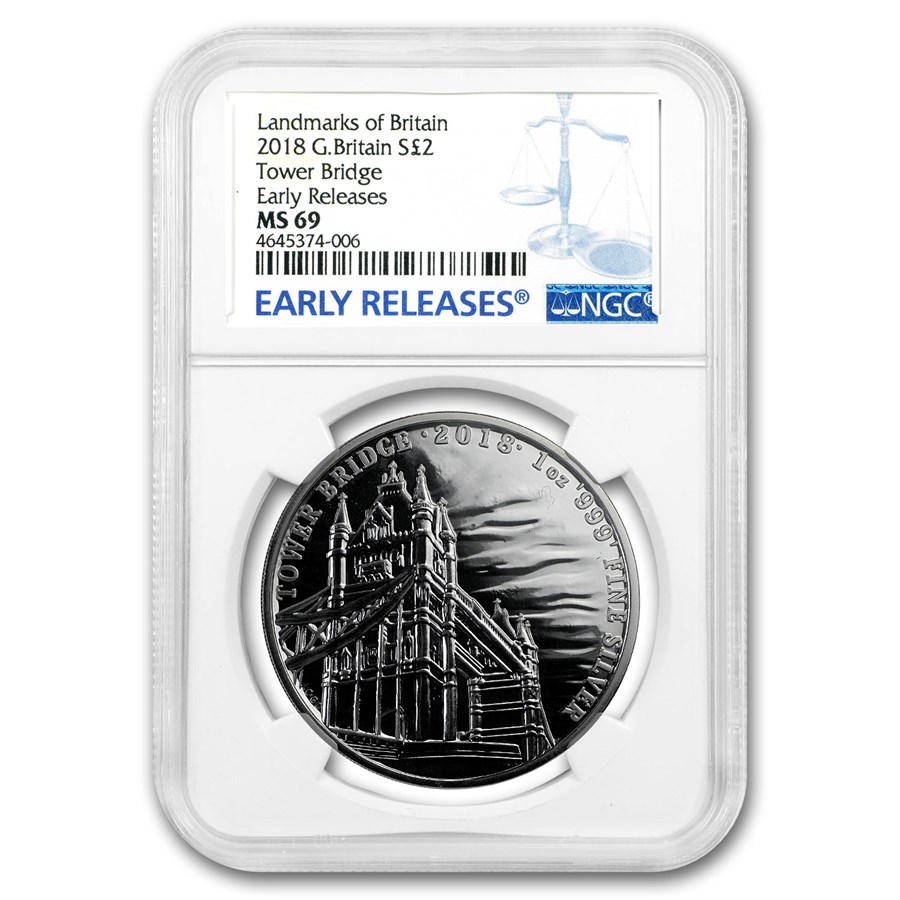 Your purchase will match the quality of the product shown.
Product Details
Product Details
Featuring an unusually low mintage of 50,000 from The Royal Mint, these Tower Bridge coins have a much lower mintage than the popular Silver Britannia.

These MS-69 NGC coins tout even lower populations than the raw coins, with only 67 graded MS-69 ER from NGC!

Coin Highlights:
Protect and display your MS-69 NGC Tower Bridge coin in style by adding an attractive display or gift box to your order.

This limited mintage 2018 Tower Bridge coin is an ideal addition to any collection. Add this near perfect 2018 1 oz Silver Landmarks of Britain Tower Bridge graded MS-69 Early Release coin to your cart today!

Instantly recognizable to people from across the world, Tower Bridge rises above the river Thames and is an integral part of the London skyline. An outstanding example of nineteenth-century design and engineering, people still marvel at the bridge when it is raised to let tall ships pass upstream.