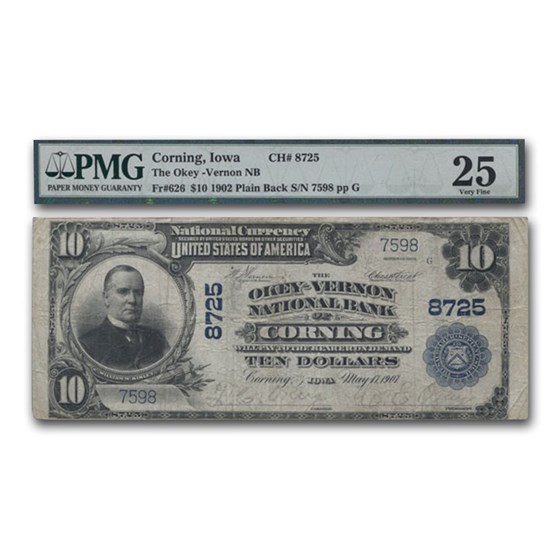 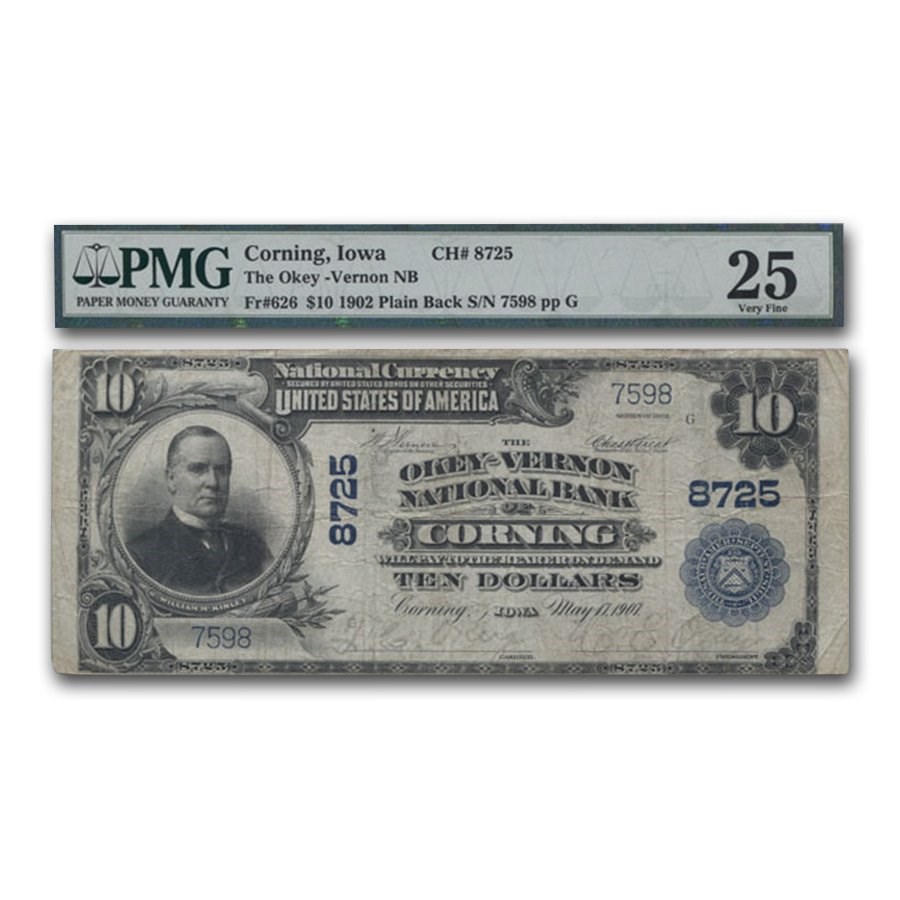 Product Details
Product Details
Real signatures adorn the bottom of the note. The note is pleasing to the eye as it is aged and worn and accurately graded.

Since over 12,000 banks were chartered and issued notes, these issues have become highly sought after by collectors. This bank issued a bit over 90 million dollars under this charter, and closed in 1929. This particular note is from the first sheet of bank notes issued, which compounds its rarity due to the fact that it is a red seal.