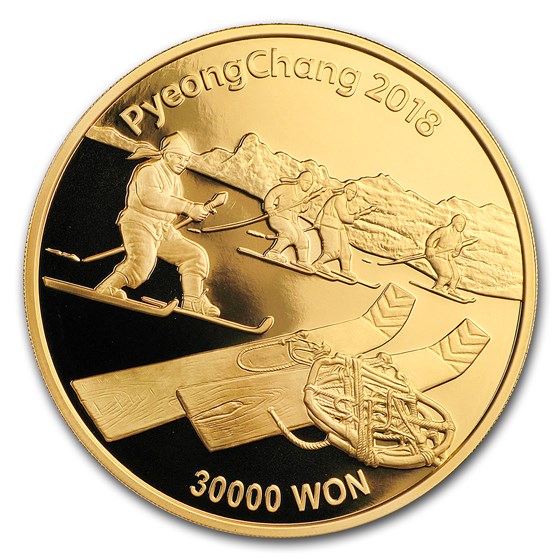 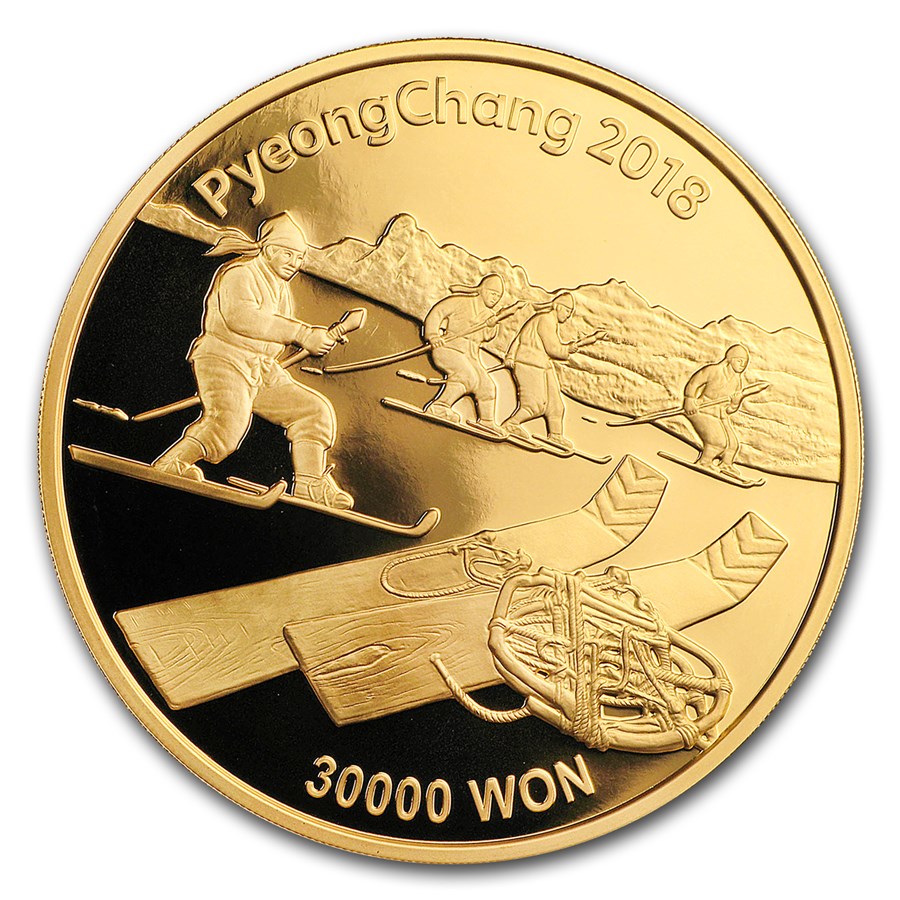 Your purchase is guaranteed to match the quality of the product shown. It will not be this exact item.
Product Details
Product Details
This coin commemorates the 2018 Winter Olympics in PyeongChang by paying tribute to Gorosoi skiers. Each coin is presented in a pentagonal shaped gift box.

The Gorosoi Ski event is better known as Cross-Country Skiing in today's vernacular. This coin pays tribute to the traditional ski of the Gangwon Province used widely as a means of transportation in snowy mountain areas. Gorosoi skis consist of a wide hardwood frame and snowshoes and are designed to ease climbing up and down snowy terrain. Sticks used to steer the skiers typically had spears on the end for hunting as well.