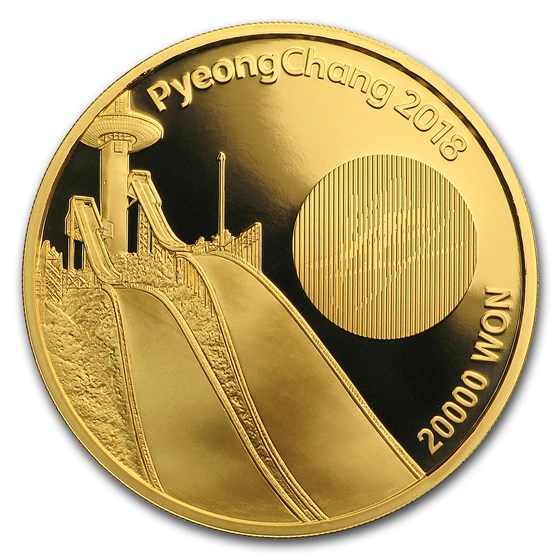 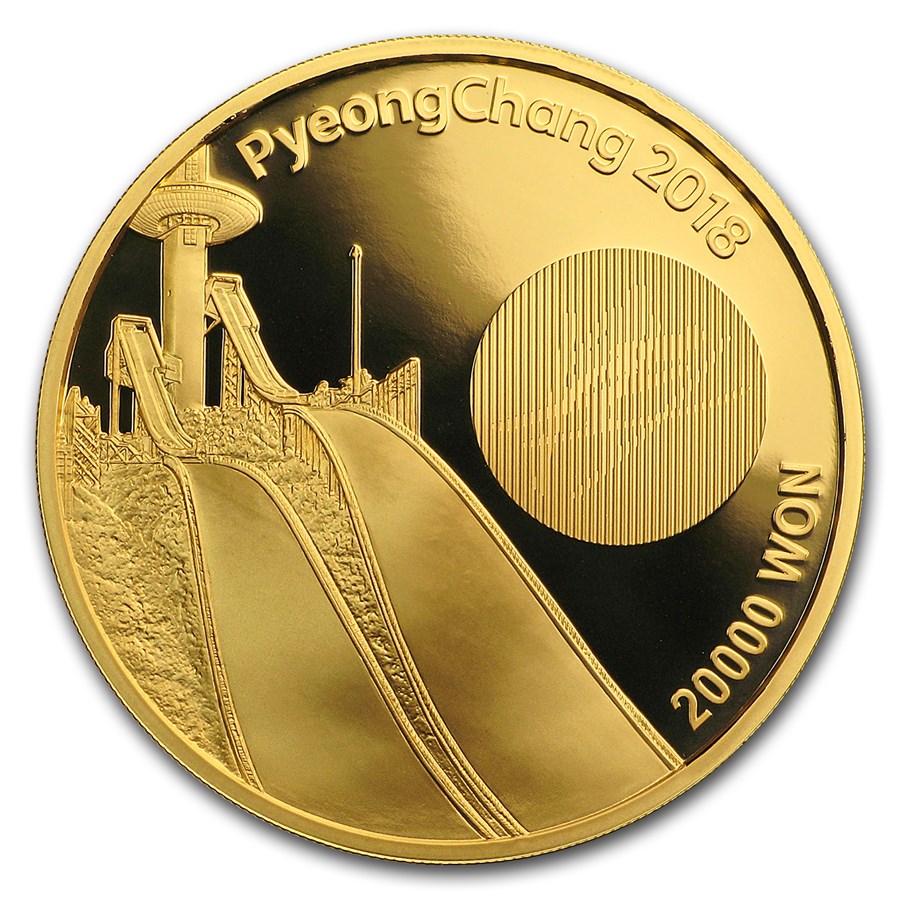 $1,883.69
As Low As
Product Details
Product Details
This coin commemorates the 2018 Winter Olympics in PyeongChang and the Alpine Ski Jump event. Each coin is presented in a special gift box.

The Ski Jump event has its origins in the late 19th century in Norway. It consists of a jumping ramp and landing hill where athletes are judged by the distance they travel and the style performed. This event has been included in the Winter Games since 1924. The first women's event occurred in 2014 where Carina Vogt of Germany won the first Gold medal ever awarded for women's ski jumping.