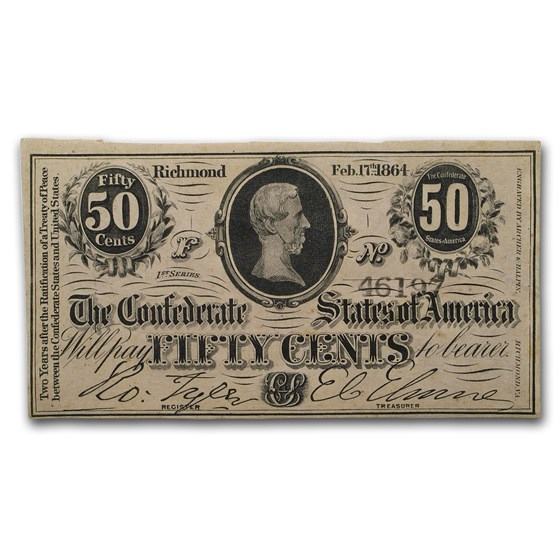 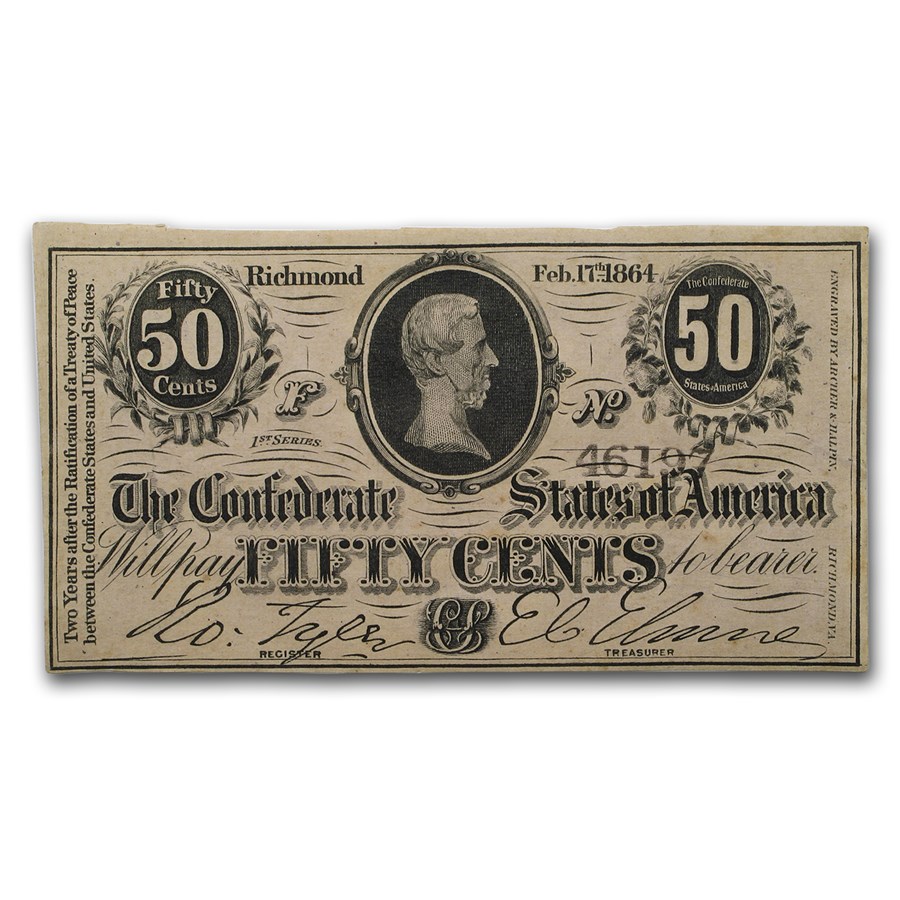 Currency Highlights:
This is the only denomination of Fractional currency the Confederacy issued during the war. These were once scorned by collectors, but are now in demand and rising in value. They have become a favorite with collectors due to the different issues and variety of designs. Add one of these classic collectibles to your cart today!

This note has seen little wear, and is a superior example of CSA paper money used during the Civil War.