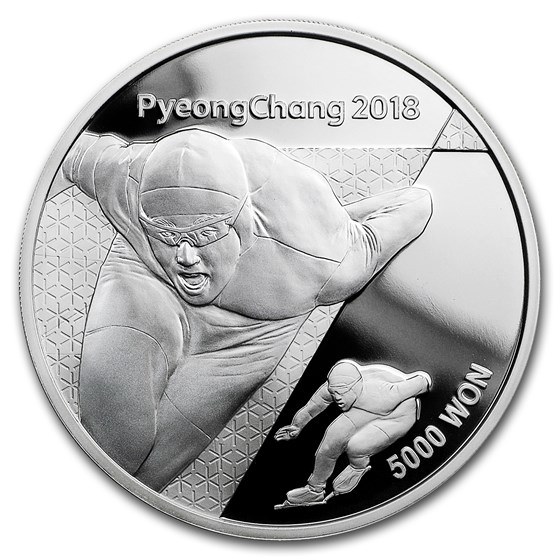 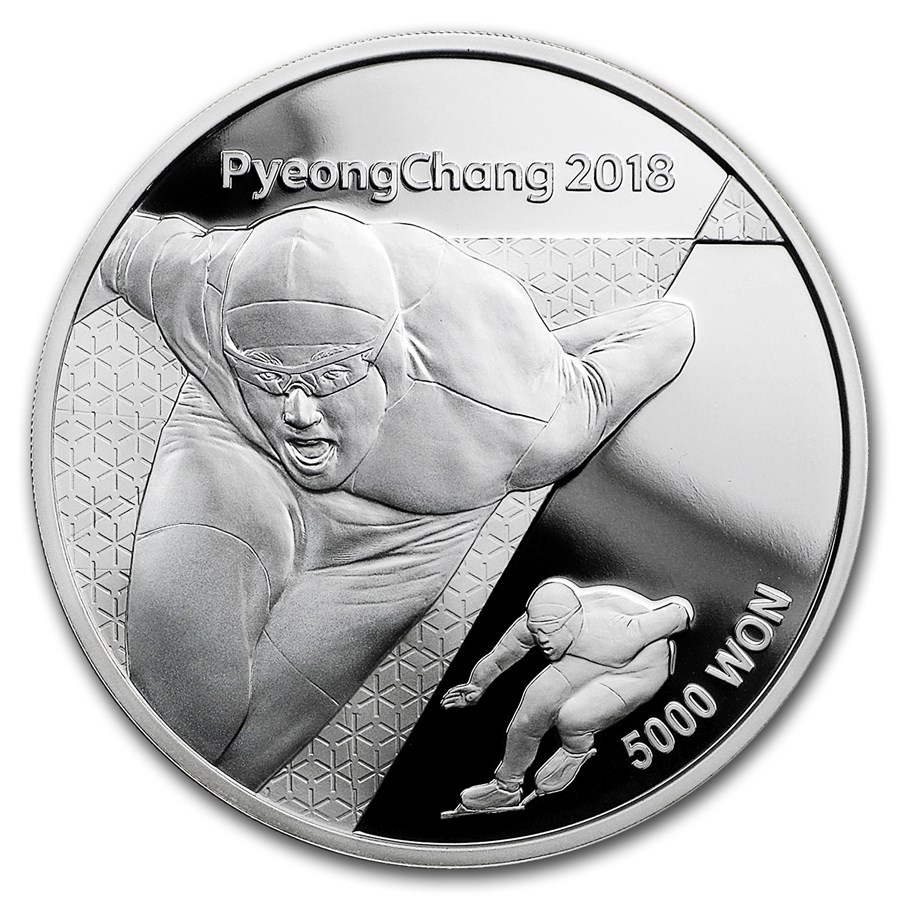 Product Details
Product Details
This coin commemorates the 2018 Winter Olympics in PyeongChang and the Speed Skating event. Each coin is presented in a special gift box.

The Ice Speed Skating event has been an Olympic contest since the first Winter Games in 1924 with women's contests beginning in 1960. Many elite athletes who have competed in this sport are able to skate at an average speed exceeding 33 mph. Currently, the Netherlands leads the way with 35 Gold medals with the United States close behind at 29 Gold medals. The sport continues to grow and become more and more challenging. As many as 180 athletes (2010 Winter Olympics) have competed representing as many as 25 countries (1998 Winter Olympics) in Ice Speed Skating events, making the stakes high and inspiration palpable.

Love the design and the Olympic games theme.