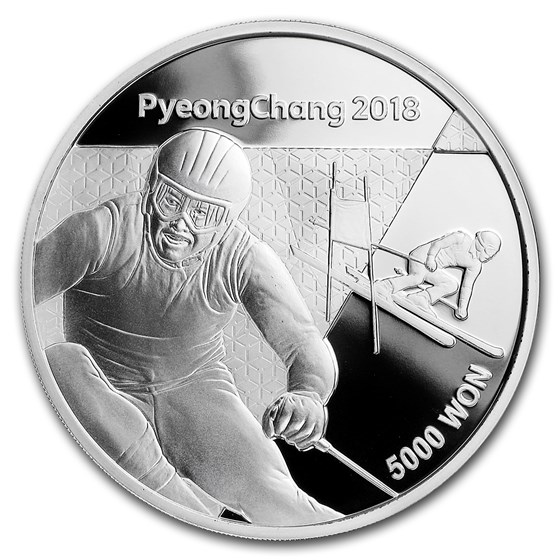 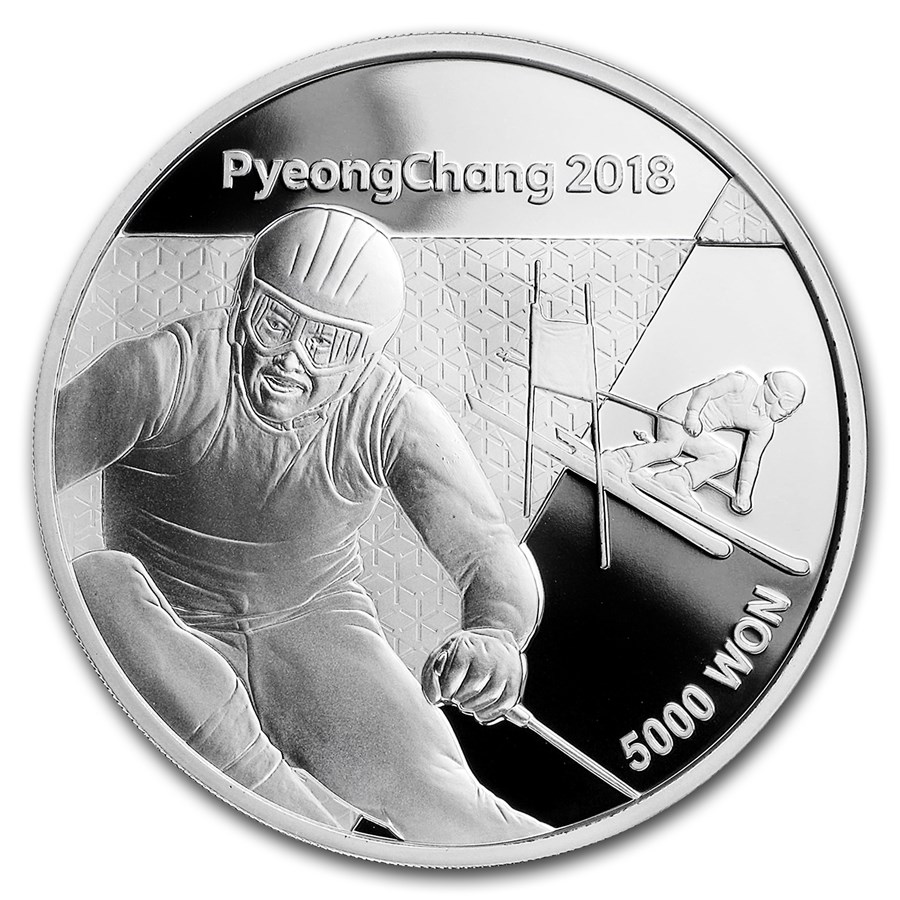 Your purchase is guaranteed to match the quality of the product shown. It will not be this exact item.
Product Details
Product Details
This coin commemorates the 2018 Winter Olympics in PyeongChang and the Alpine Skiing event. Each coin is presented in a special gift box.

The Alpine Skiing event had its debut in 1936 at the Olympic Winter Games in Garmisch-Partenkirchen, Germany and included both men's and women's events. Furthermore, skiing is also held in World Championship competitions independent of the Olympic games. The event has grown from a combined downhill and slalom competition to separated races. In 1952, the giant slalom was added and in 1988 the super giant slalom. Austria ranks first with 34 Gold medals with Switzerland following at 20 Gold medals and the United States in third with 16 Gold medals.