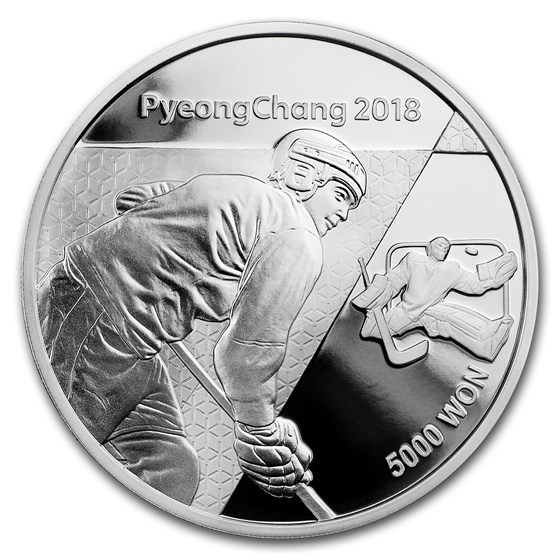 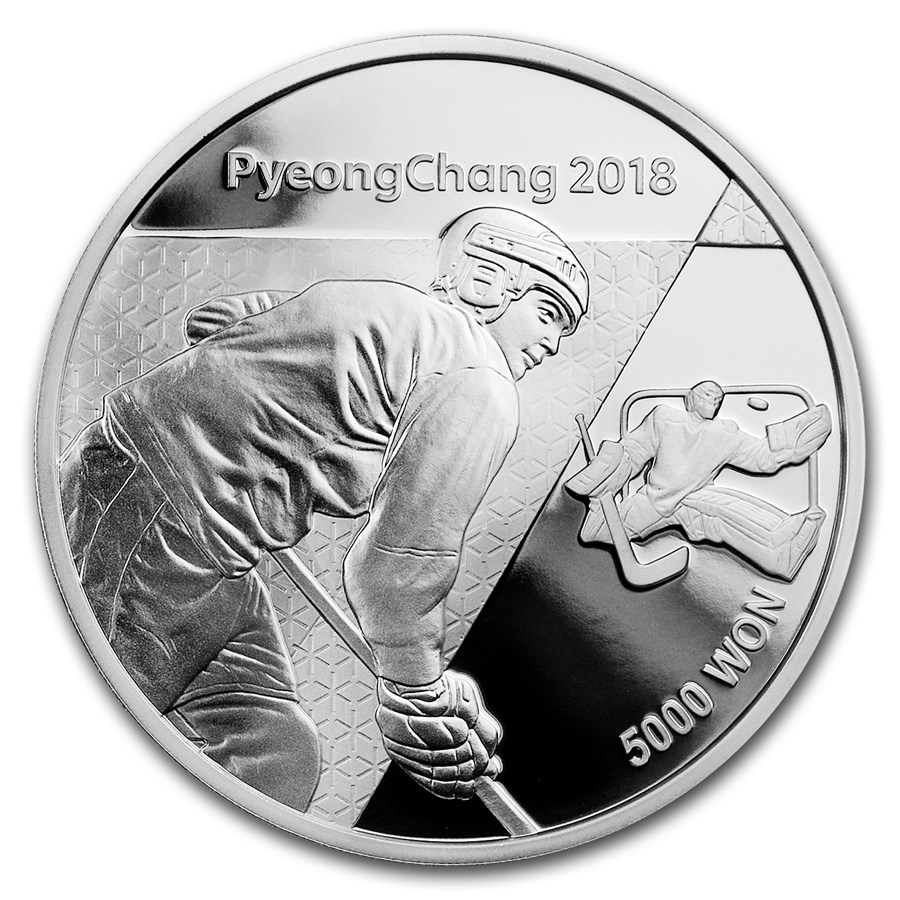 Your purchase is guaranteed to match the quality of the product shown. It will not be this exact item.
Product Details
Product Details
This coin commemorates the 2018 Winter Olympics in PyeongChang and the Ice Hockey event. Each coin is presented in a special gift box.

Ice Hockey has been a part of the Olympic program since 1920 and was moved to the Winter Games in 1924 and forward. The game is played in tournament fashion and consists of preliminary round and a medal round. It was in 1980 the famous "Miracle on Ice" occurred when the United States beat out the Soviet Union in a hard-fought game wrought with tension from the Cold War. The game was a men's sport until the International Olympic Committee approved women's hockey to begin in 1998. Top medal rankings indicate Canada has the lead with 13 Gold medals, the Soviet Union with 7 Gold medals, and the United States with 3 Gold medals.