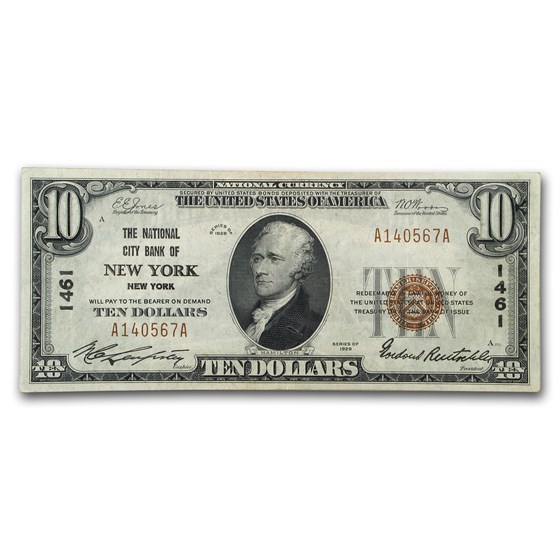 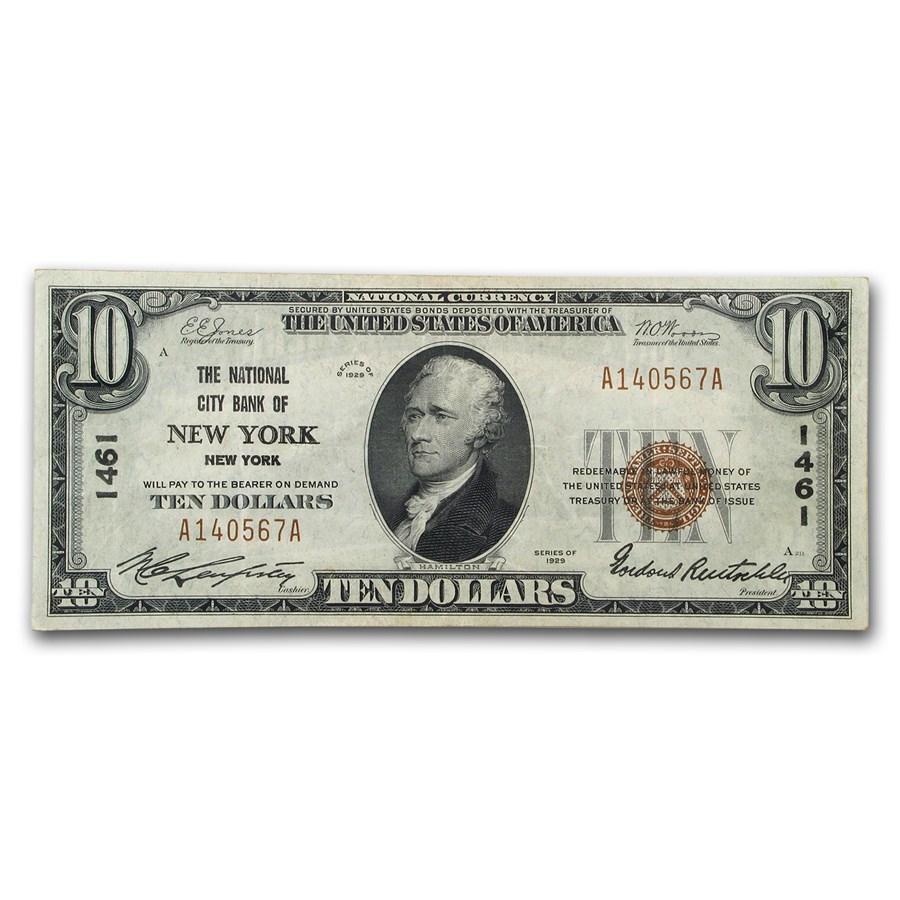 Product Details
Product Details
This Series 1929 $10 National Currency Note was issued by The National City Bank of the New York City of New York. This example is Very Fine condition and reasonably priced.

This small size note would be considered common in terms of Nationals, so it is priced affordable for the beginning collector!