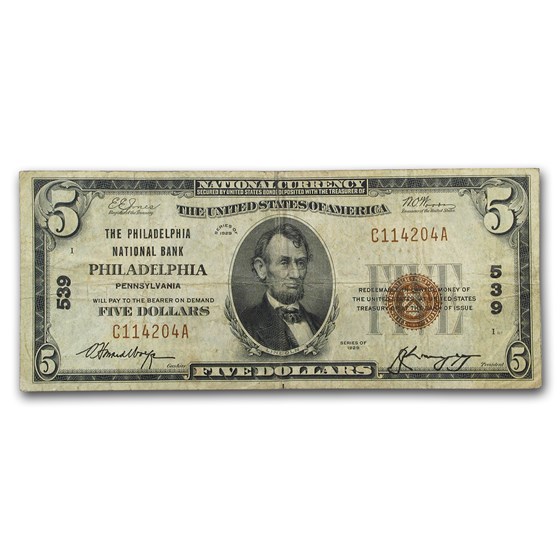 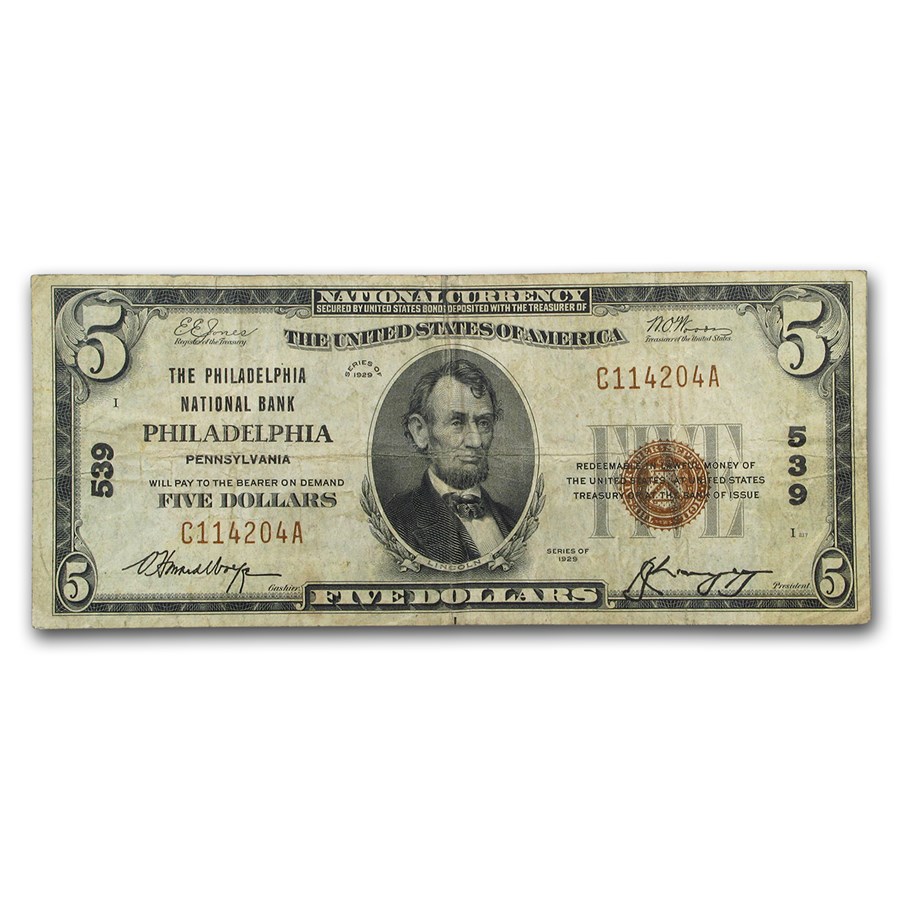 Issued by The Philadelphia National Bank of Philadelphia, Pennsylvania with Charter #539, and was one of the first year banks to be chartered in 1863.