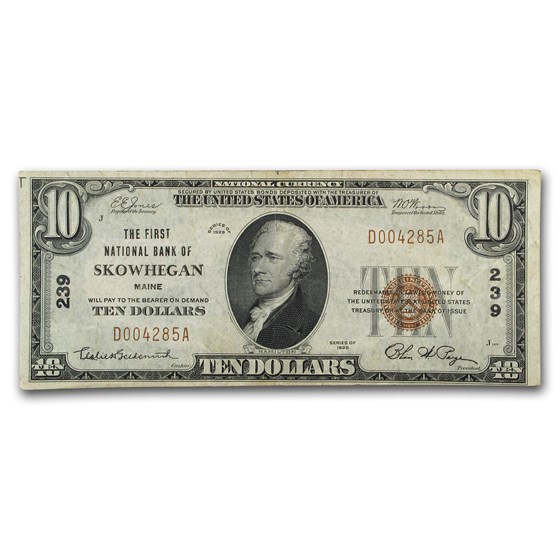 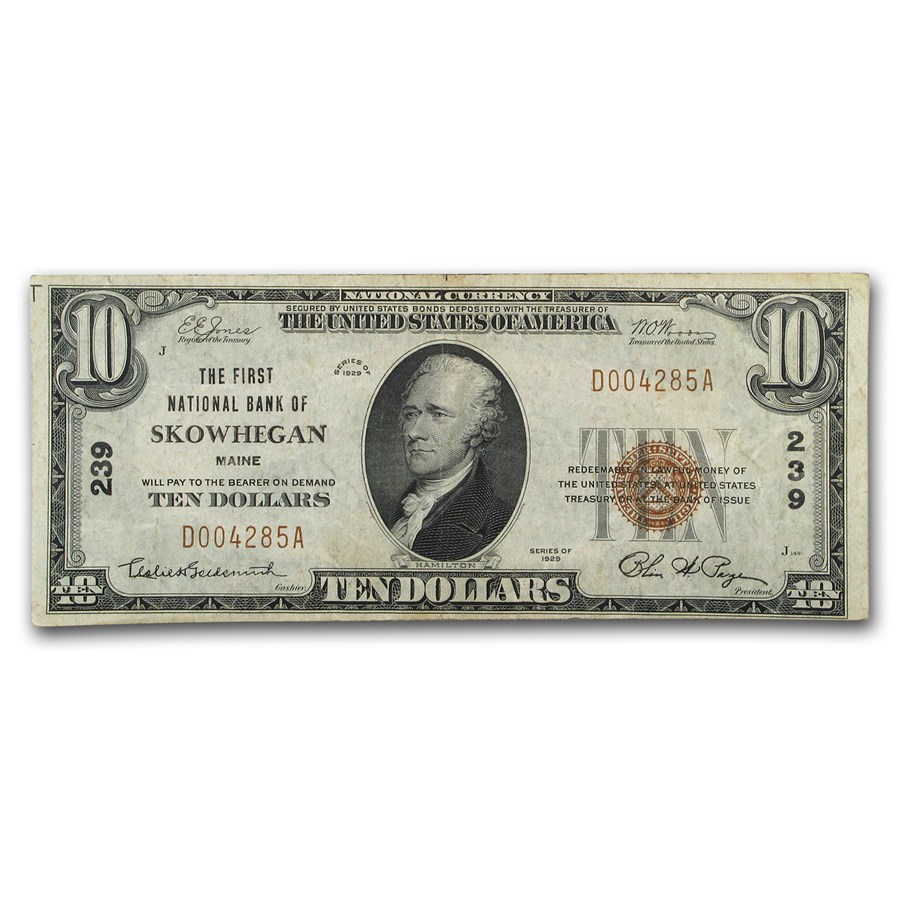 Issued by The First National Bank of Skowhegan, Maine. Lower Charter #239 indicates that this bank was organized in 1863.