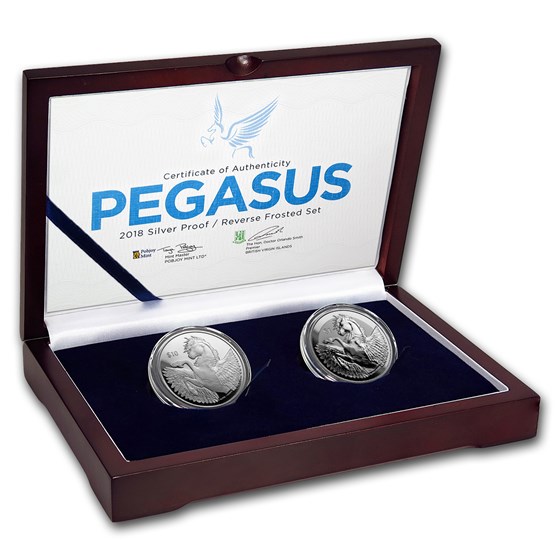 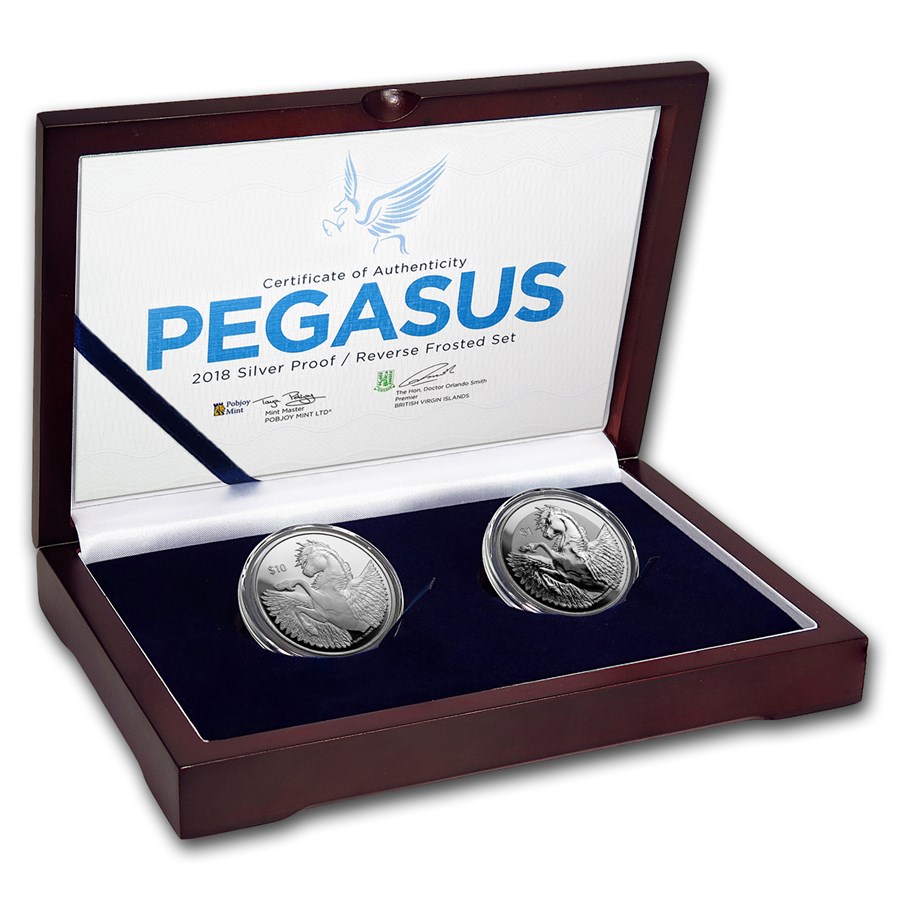 Your purchase will match the quality of the product shown.
Product Details
Product Details
Take advantage of this opportunity to own Set #10 of this impressive APMEXclusive® set containing two 2018 Pegasus coins in both Proof and Reverse Frosted finishes.

APMEX has partnered with Pobjoy to produce 300 of the unique Proof coins found only in this set.

The story of Pegasus begins when Perseus is sent to kill one of the three Gorgons, Medusa who had writhing snakes instead of hair. It was said that anyone unfortunate enough to gaze on her face would turn to stone. The God Hermes and the Goddess Athena came to aid Perseus with special gifts, including a shield which Perseus used as a mirror so he did not look directly at Medusa. When Perseus beheaded Medusa it is said that Pegasus was born from the blood of the Gorgon. Many wanted to capture Pegasus but no one could work out how to tame such a magnificent creature!