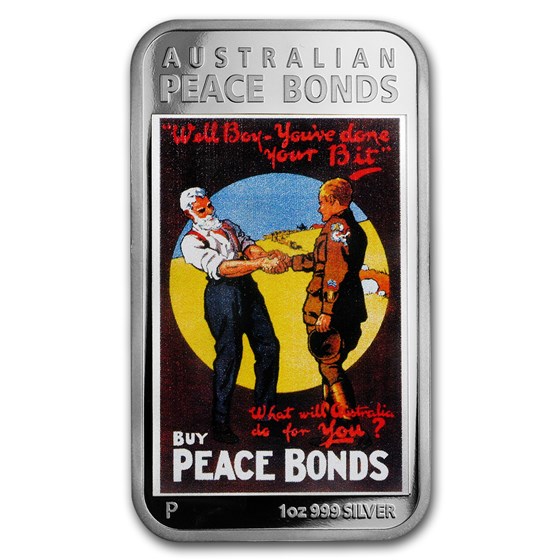 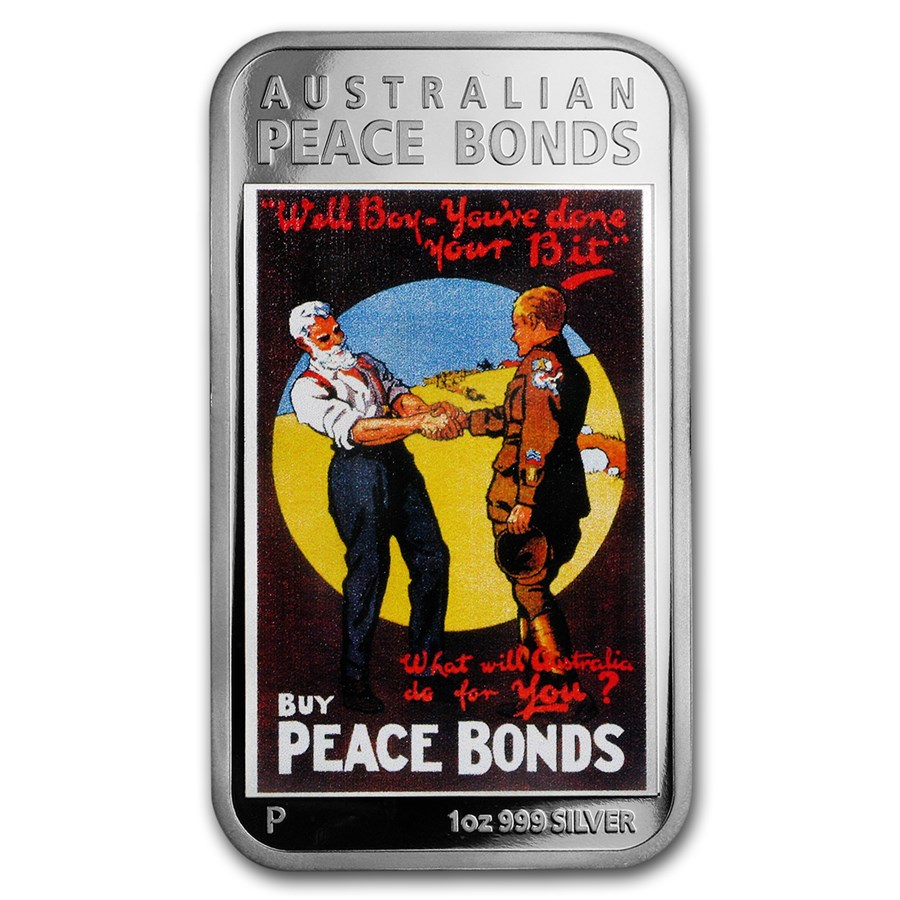 Product Details
Product Details
This special new series from Perth Mint commemorates the many citizens that did their part during World War I and the 'Peace Loan' campaign posters that were released.

Coin Highlights:
Collect them all! Add this 1 oz Silver $1 Posters of WWI coin to your cart today!

Following the end of the First World War, the Australian Government launched a series of ‘Peace Loan’ campaigns, which were managed by the Commonwealth Bank of Australia, with the aim of recouping the costs of the war and helping to fund the pensions of returned servicemen. The sale of the bonds also assisted with the resettlement of ex-servicemen including the construction of housing, as well as training and employment schemes.

The first peace loan was announced on 30 July 1919. The amount requested was £25 million, equivalent to approximately £1.1 billion today. Similar to the war loans campaign that ran from 1915 until 1918, promotional posters were developed and published in newspapers encouraging the general public to buy peace bonds. The bonds functioned the same way that the war loans had previously – people ‘lent’ the government money which would be repaid with interest.

In 1919, as part of the initial peace bonds promotional campaign, the ‘Well Boy – You’ve done your Bit. What will Australia do for you?’ poster was launched. The poster symbolized that even those who were not eligible for recruitment could still provide assistance and ‘do their bit’ for their country. The design depicted a young veteran in uniform being welcomed back to civilian life by an elderly farmer, with his flock of sheep and a drover in the background.