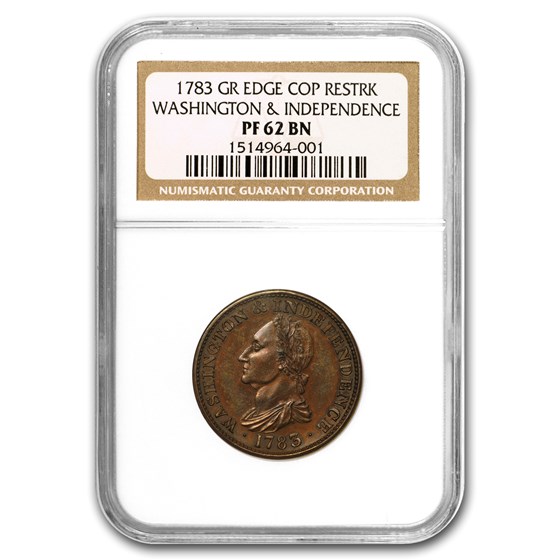 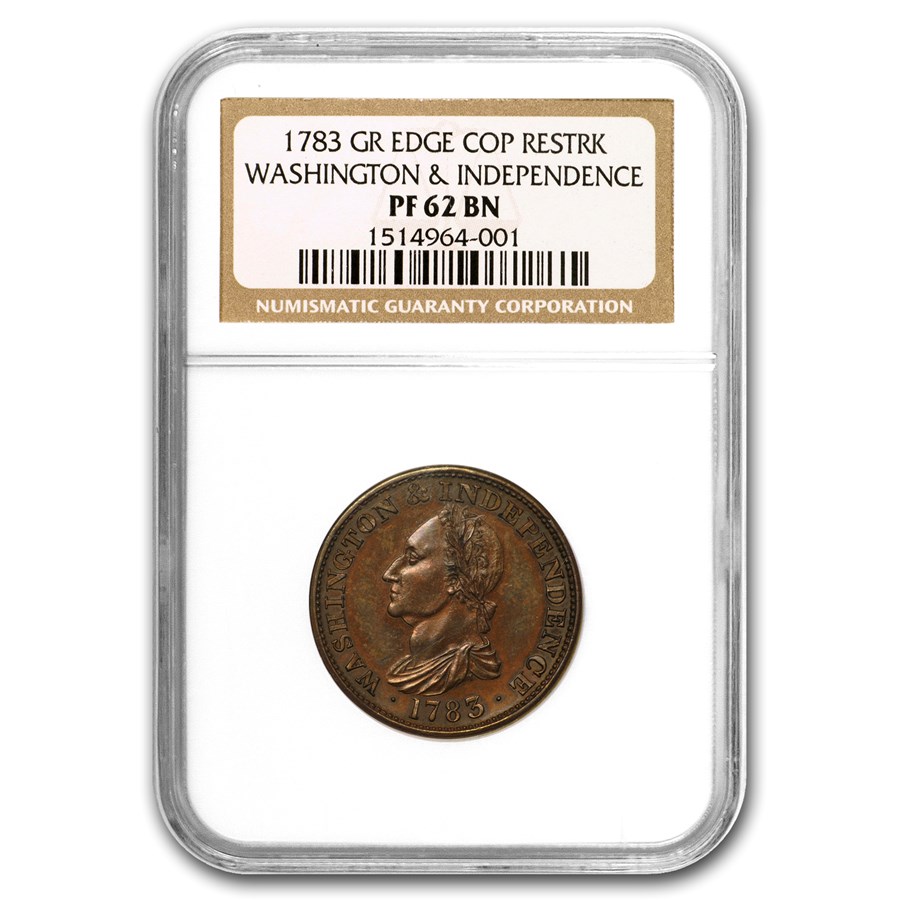 Your purchase will match the quality of the product shown.
Product Details
Product Details
This 1783 Washington & Independence has been certified as AU-55 (Brown) by NGC, one of the top two coin grading services. This coin has a population of only 4 coins!

Coin Highlights:
Showcase your certified Washington & Independence Restrike by adding a presentation box to your order.

Add this 1783 Washington & Independence graded Proof-62 (Brown) by NGC to your cart today!