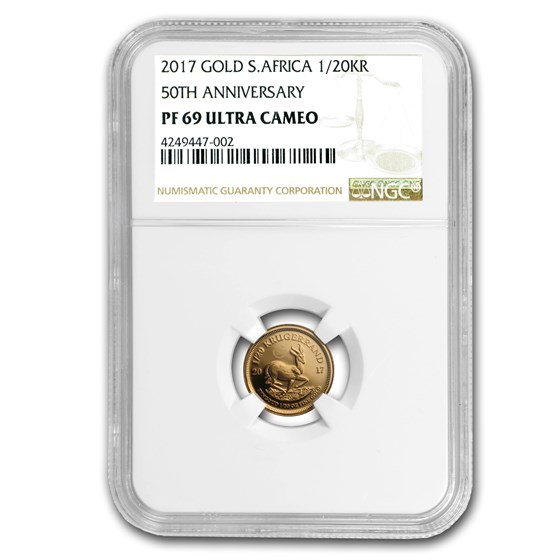 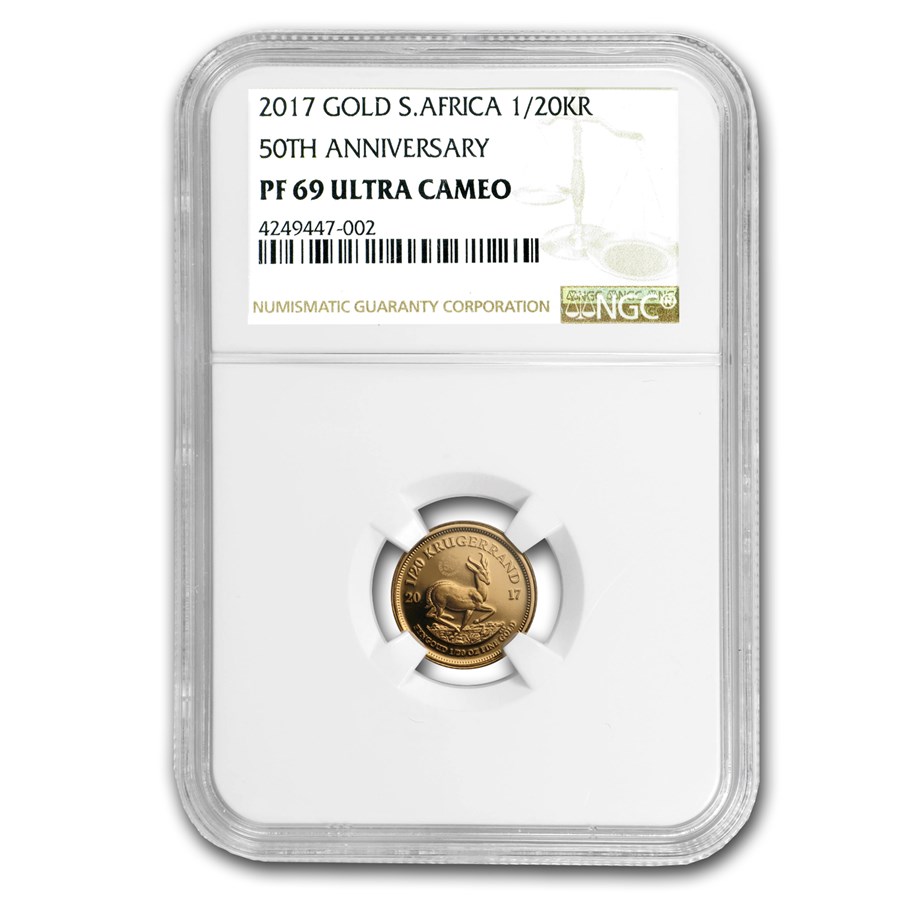 Your purchase will match the quality of the product shown.
Product Details
Product Details
To celebrate the 50th anniversary of the 1 oz Gold Krugerrand, the South African Mint offers a 1/20 oz proof coin for the first time. Add this inaugural edition to your portfolio today!