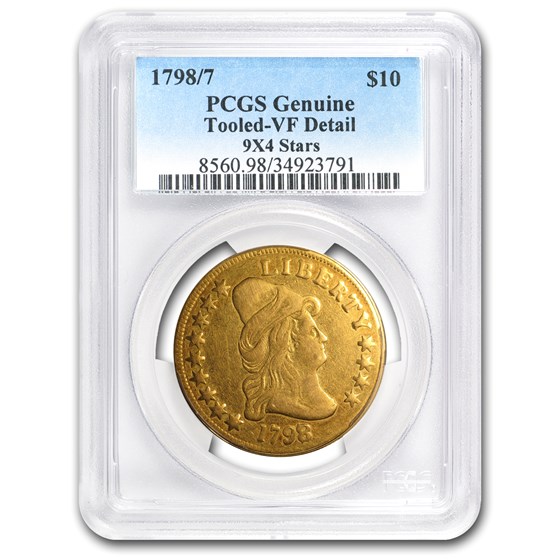 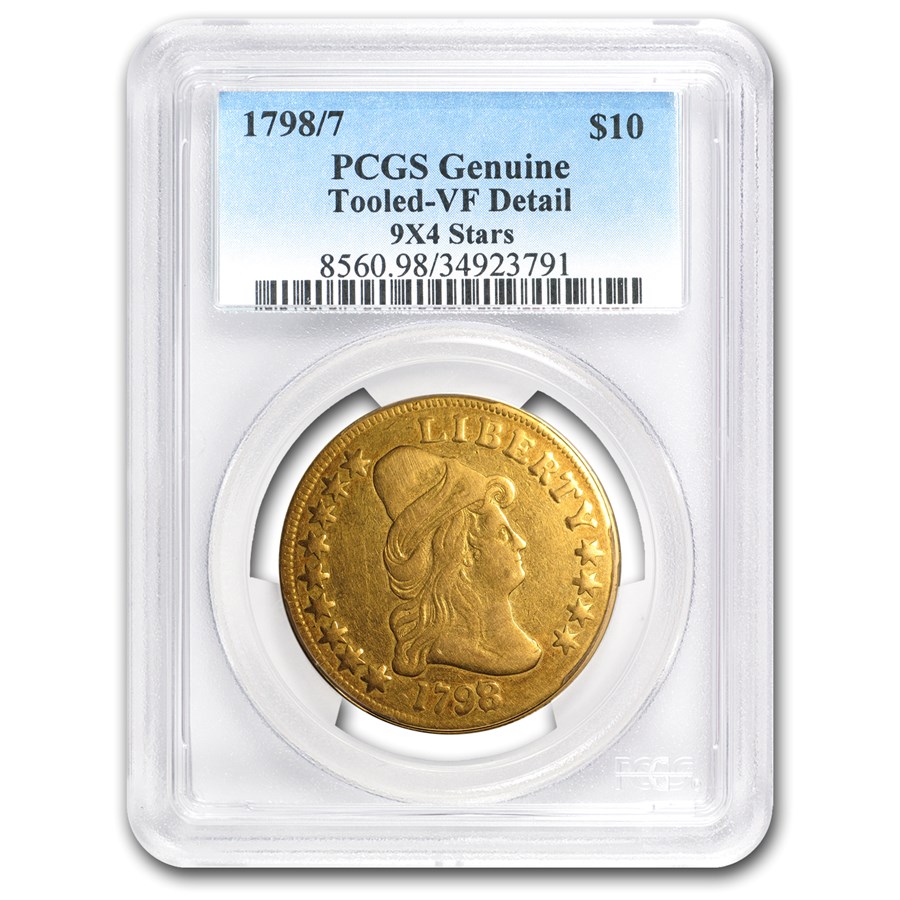 Coin Highlights:
Display your graded Turban Head Gold Eagle in style by adding an attractive presentation box to your order.

Including the Dollar coin, the "Eagle" (or $10 Gold piece) was one of the original denominations of the Coinage Act of 1792. Smaller denominations were fractions of the Eagle (i.e. Quarter Eagle for the $2.50 and Half Eagle for the $5) and larger denominations would later be known as multiples of the eagle (i.e. Double Eagle for the $20). However, stringent security and bonding requirements prevented this flagship denomination from being produced until 1795, two years after copper coins had already been made in quantity at the mint. As with most coins in the 1790s, production was based on demand. Because of their high value, mintages of Eagles were low initially and would not exceed 10,000 coins per year until 1799 (when 37,449 Eagles were produced). Apart from some unique die varieties, the rarest coins in this series are the 1804 Plain 4 Proofs, all of which were produced decades later for presentation purposes.

The first type in this series is the Small Eagle reverse, issued from 1795 to 1797 inclusive. The Heraldic Eagle type, issued from 1797 to 1804 inclusive, features Robert Scot's rendering of the Great Seal of the United States.