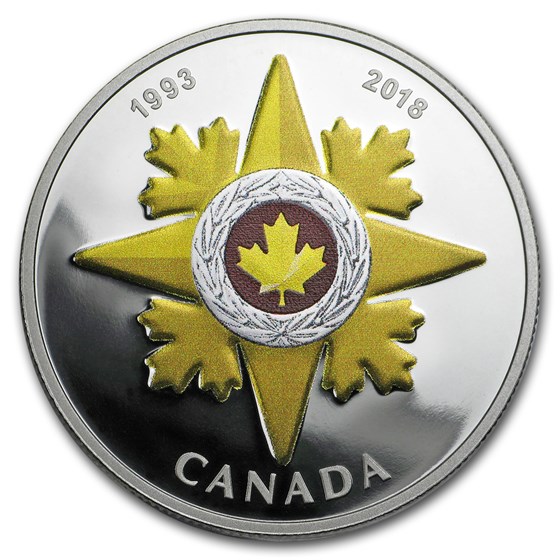 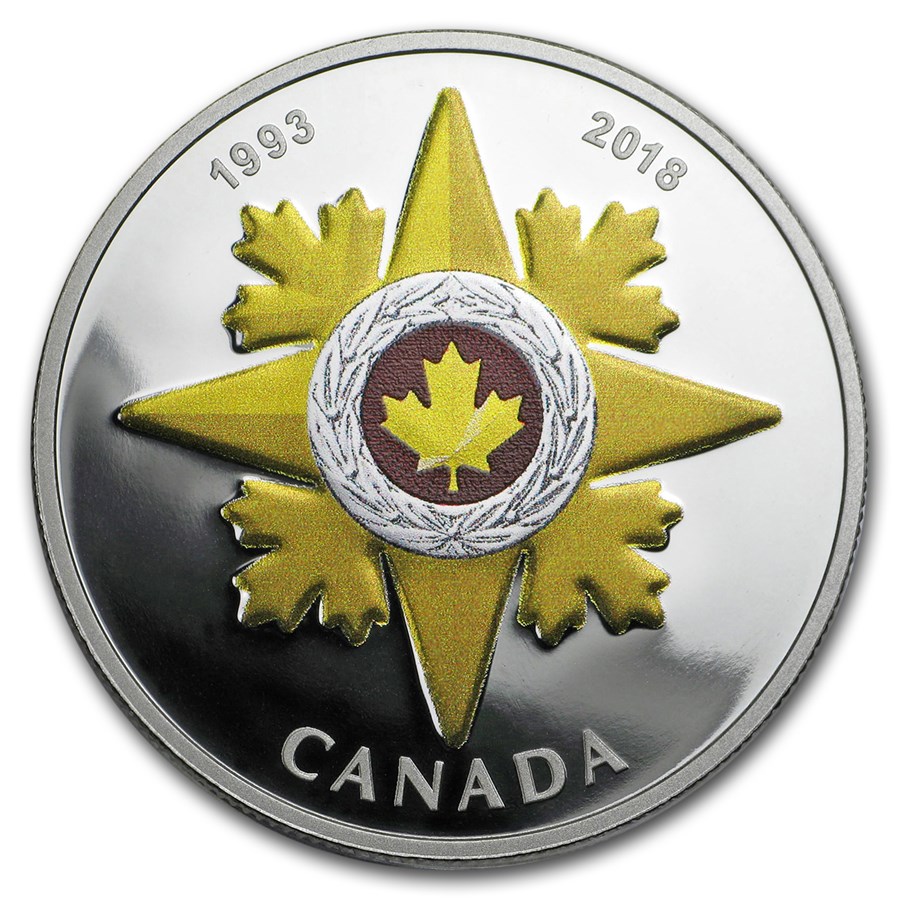 Product Details
Product Details
This is the fifth coin a series showcasing some of the highest honors and distinctions in the Canadian Honors System. The star-shaped insignia has been faithfully reproduced and serves as a tribute of extraordinary valor in combat.

The perfect addition to any history-themed collection, and a unique way of paying tribute to those whose actions in combat speaks of outstanding courage, selflessness and an unwavering dedication to duty. Add this 1 oz Silver Canadian Honors coin to your cart today!

Throughout its 25-year history, the Star of Military Valour represents a nation’s recognition of members of the Canadian Forces and comrades-in-arms for “distinguished and valiant service in the presence of the enemy.”

The reverse features a detailed reproduction of the Star of Military Valour, one of three Military Valour Decorations established in 1993. As originally designed by the late Bruce W. Beatty, C.M., S.O.M., C.D., the four-pointed Gold star is patterned after the Star of Courage, with sculpted maple leaves positioned at each of the four angles. The Star’s colors are replicated by an application of red, Silver and Gold translucent paint over the engraved elements, especially the maple leaf superimposed in the center and surrounded by a laurel wreath.