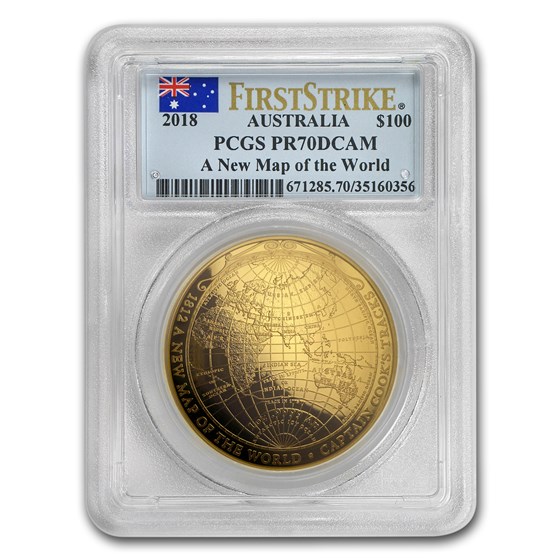 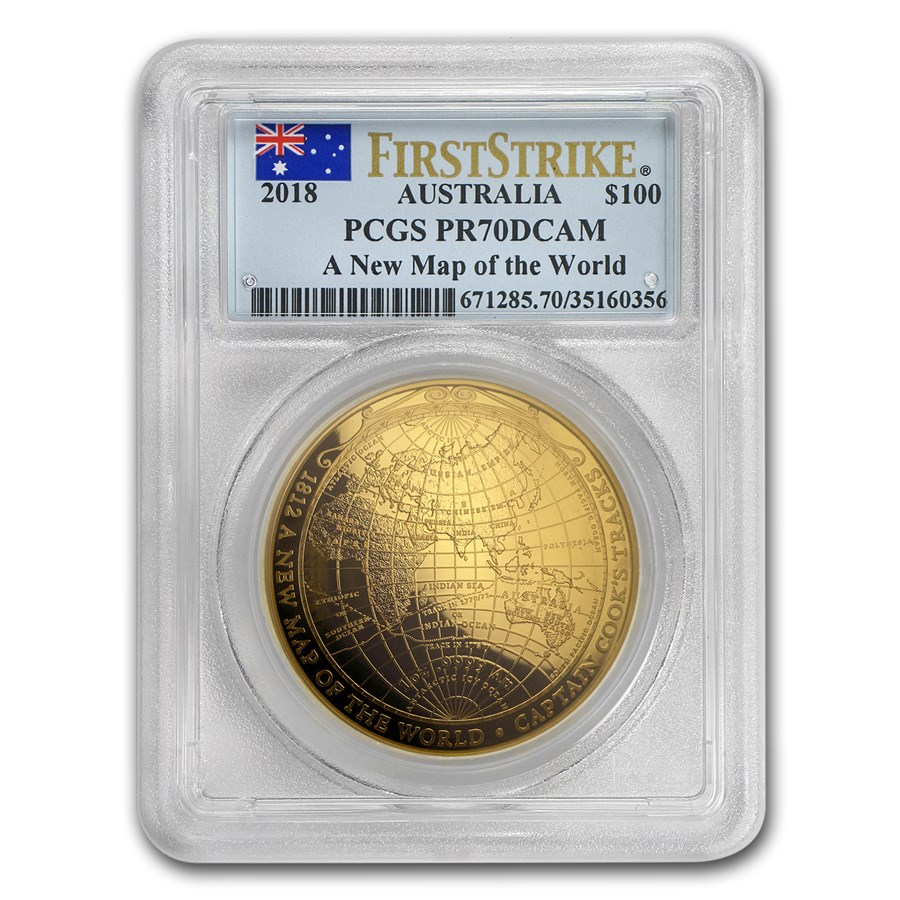 The 18th century travels of Captain Cook unveiled mysteries of the world for scientists, cartographers and explorers. The excitement of this era of discovery is commemorated in beautiful detail on this Gold domed coin, based on historic and rare maps of the period.

Coin Highlights:
This coin is the first release in a two-coin series by Royal Australian Mint, and has been graded by PCGS. The second and final coin in the series is the Western Hemisphere. This limited mintage Gold domed coin with its unparalleled, intricate detailing is uniquely suited for history buffs, gift-givers and investment enthusiasts alike. Add the 2018 Gold Map of the New World Domed PR-70 PCGS First Strike coin to your cart today!

The earliest known maps date back to 6th and 5th century B.C., assuming the flat Earth conception. World maps assuming a spherical Earth later appeared during the Hellenistic period. During the Age of Exploration, maps became increasingly accurate as explorers began to explore and discover new lands. Maps have been, and continue to be necessary tools to navigate the world and stir imagination for further exploration.