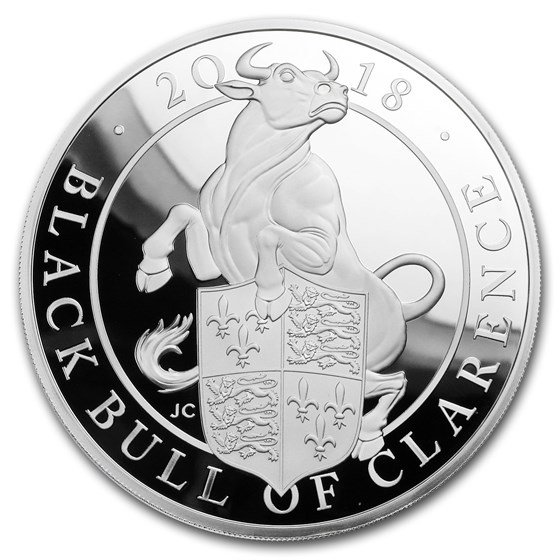 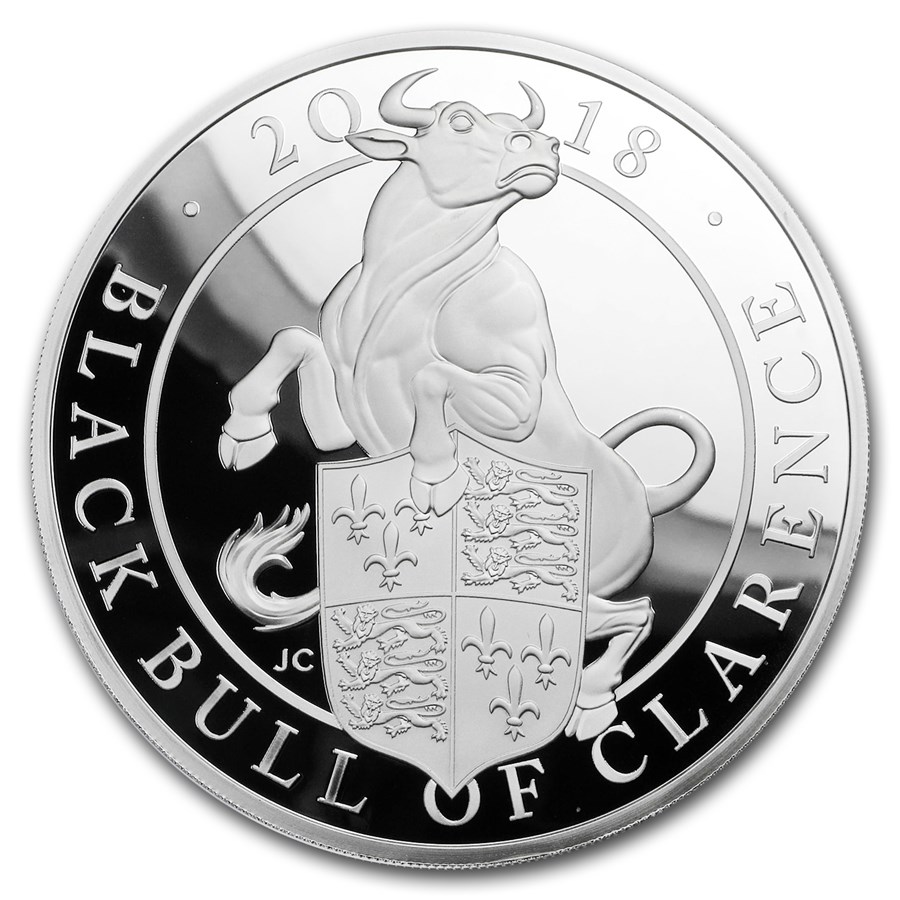 Your purchase will match the quality of the product shown.
Product Details
Product Details
A continuation of the widely successful Proof Queen's Beasts Series, the fourth release features the Black Bull of Clarence. This "Yorkist" beast came to The Queen through Edward IV and features a limited mintage of 600 coins.

This majestic coin is a must-have for any collection! Add this 2018 GB Proof 10 oz Silver Queen's Beasts Bull to your cart today!

Love the queens beast series. I also love that they made the coin super thick and not so flat like a standard 10oz. But I have to say that the none proof does look better than the proof. Non proof has a nice back drop design whereas the proof does not.. it should have been the opposite where the proof has back drop and the regular does not.