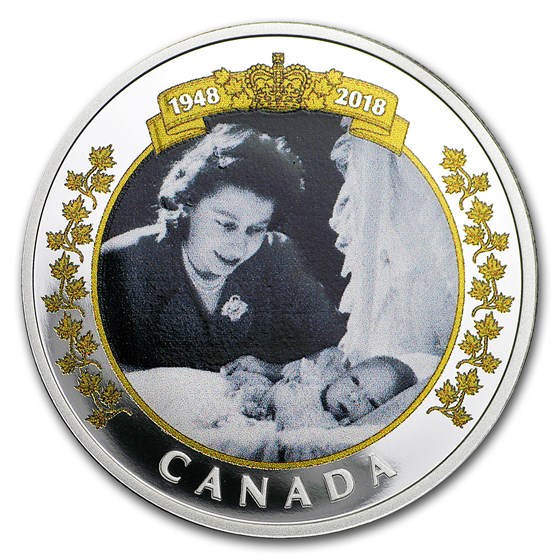 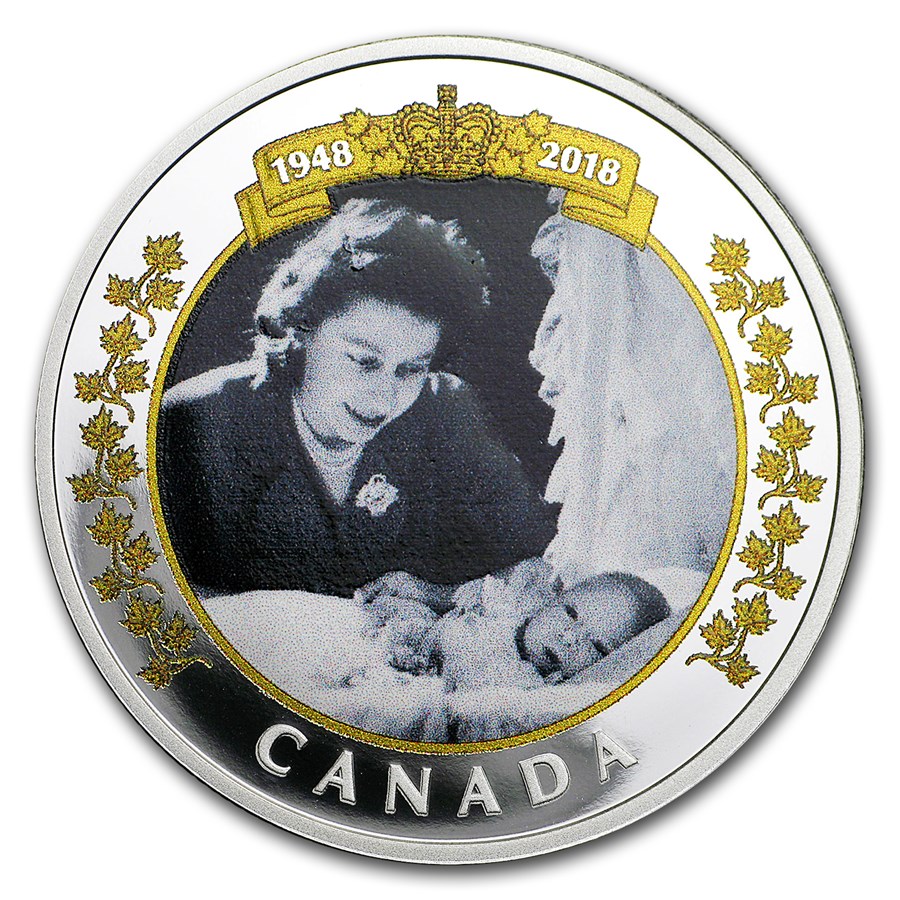 Product Details
Product Details
It was 70 years ago that Her Majesty Queen Elizabeth II, then Princess Elizabeth, took on the noble, lifelong role of motherhood. This beautiful Silver coin celebrates an upcoming royal anniversary and a tribute to Her Majesty as monarch and matriarch.

While its design is sure to appeal to royal watchers, this commemorative coin is a lovely addition to any collection! It is, at heart, a touching celebration of motherhood, which makes this a wonderful gift for Mother's Day. Add this unique 1 oz Silver Royal Portrait coin to your cart today!

The reverse features a reproduction of a touching Royal portrait of motherhood, one that was taken 70 years ago at Buckingham Palace. The original black-and-white photograph (©Cecil Beaton/Victoria and Albert Museum, London/Londres) is re-created with a color application over engraved elements, which add textural relief to the image of Her Majesty (then Princess Elizabeth) gazing down at her first-born son, His Royal Highness the Prince of Wales, when he was five weeks old (December 1948). Designed by Canadian artist Maurice Gervais, the gold-colored border consists of maple leaves that represent the connection between Canada and the Crown. A scroll banner at the top features a stylized version of St. Edward’s Crown placed between the double dates “1948” and “2018,” to commemorate a Royal birth and 70 years of the dual role of Her Majesty as monarch and matriarch.