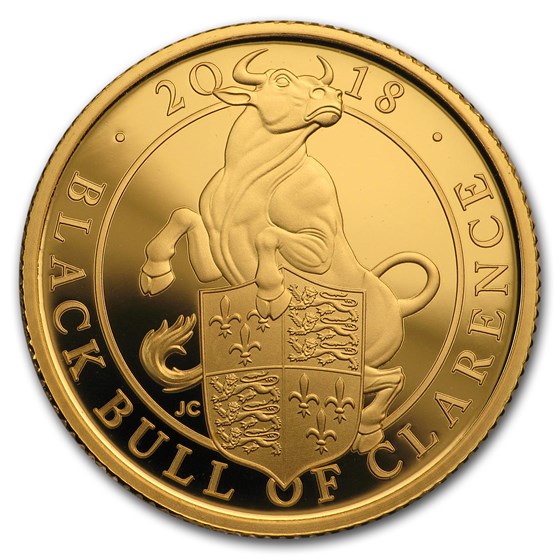 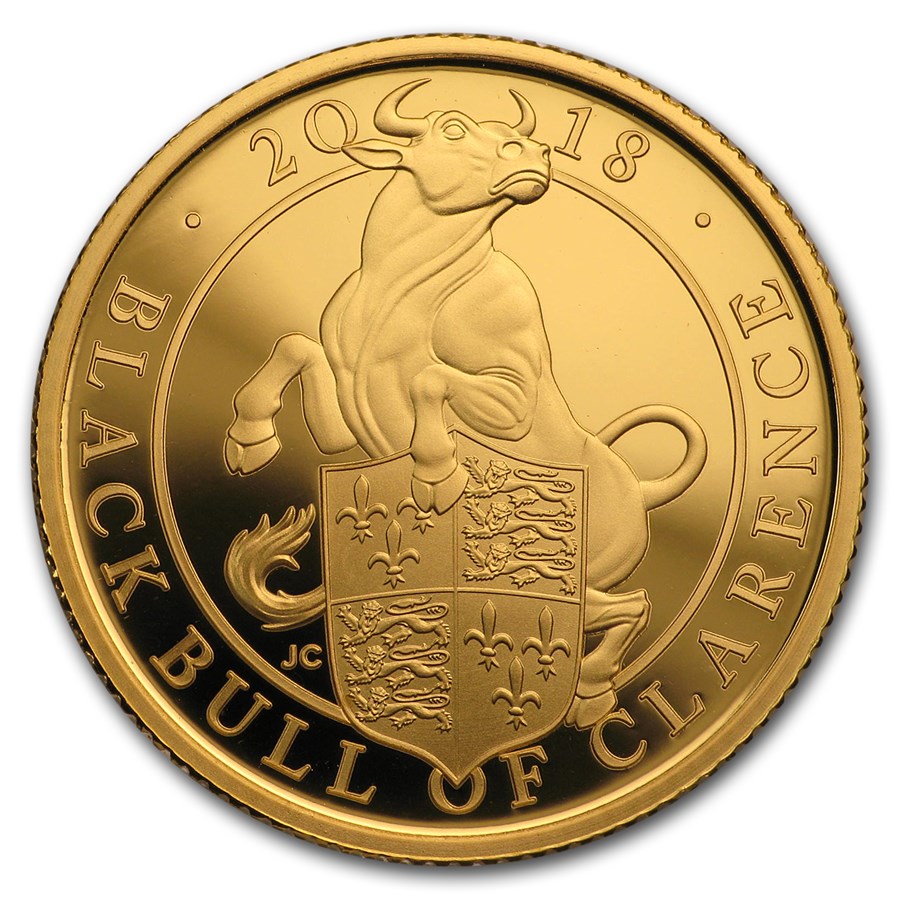 Product Details
Product Details
The fantastically popular bullion coin is now available in a quarter ounce Proof Gold version. With a maximum mintage of 1,500 coins, this majestic Bull coin is sure to impress. The coin comes complete with a box and certificate of authenticity.

This majestic coin is a must-have for any collection! Add this 2018 Great Britain Proof 1/4 oz Gold Queen's Beasts Bull to your cart today!