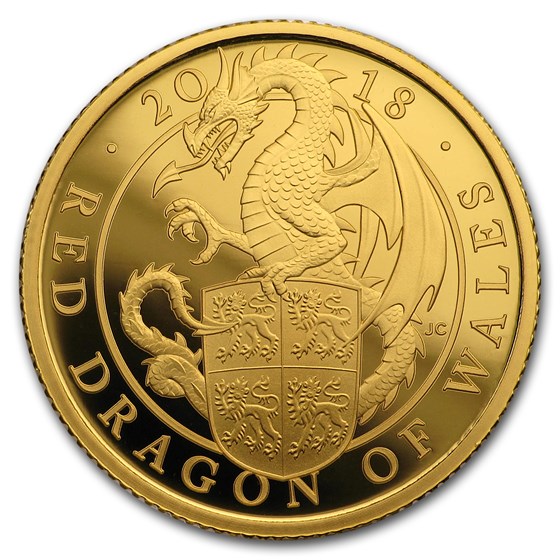 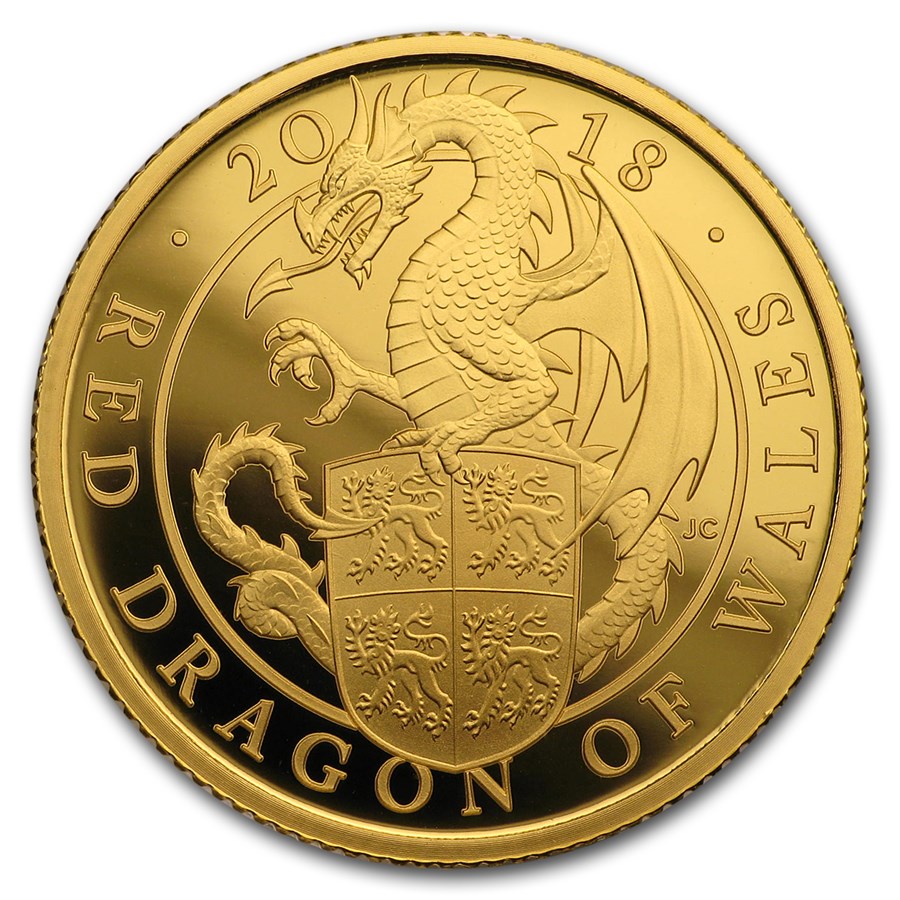 $1,905.79
As Low As
Product Details
Product Details
The fantastically popular bullion coin is now available in a quarter ounce Proof Gold edition. With a maximum mintage of 1,500 coins, this majestic coin is sure to impress. The coin comes complete with a box and certificate of authenticity.

This majestic coin is a must-have for any collection! Add this 2018 Great Britain Proof 1/4 oz Gold Queen's Beasts Dragon to your cart today!

For centuries, heraldry has represented power and is closely connected with the monarchy, recording shifts in power through time. In 1953, the entrance to Her Majesty The Queen’s coronation at Westminster Abbey was guarded by ten sculptures that were over six foot tall, The Queen’s Beasts, which represented the heritage and traditions that Queen Elizabeth II inherited that day. The Queen’s Beasts have been revisited for a collection that celebrates remarkable royal times and brings the art of heraldry to life with contemporary designs. The series began in 2017 with coins for the Lion of England and Unicorn of Scotland, both struck in the year that Her Majesty marked her Sapphire Jubilee. Now, the latest release in the series has been struck in the year The Queen celebrates the 65th anniversary of her coronation, and it features the fierce Red Dragon of Wales.