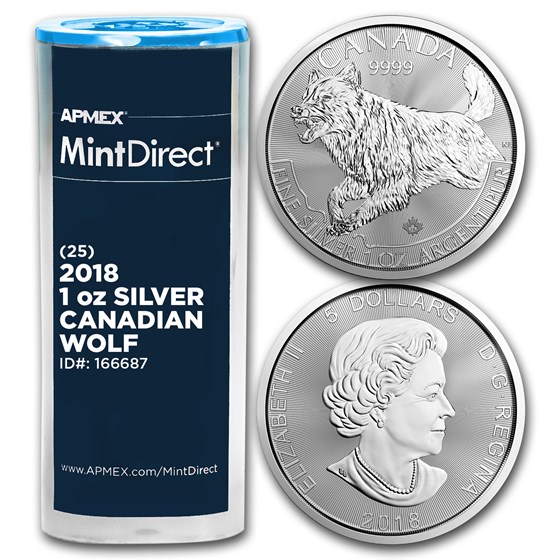 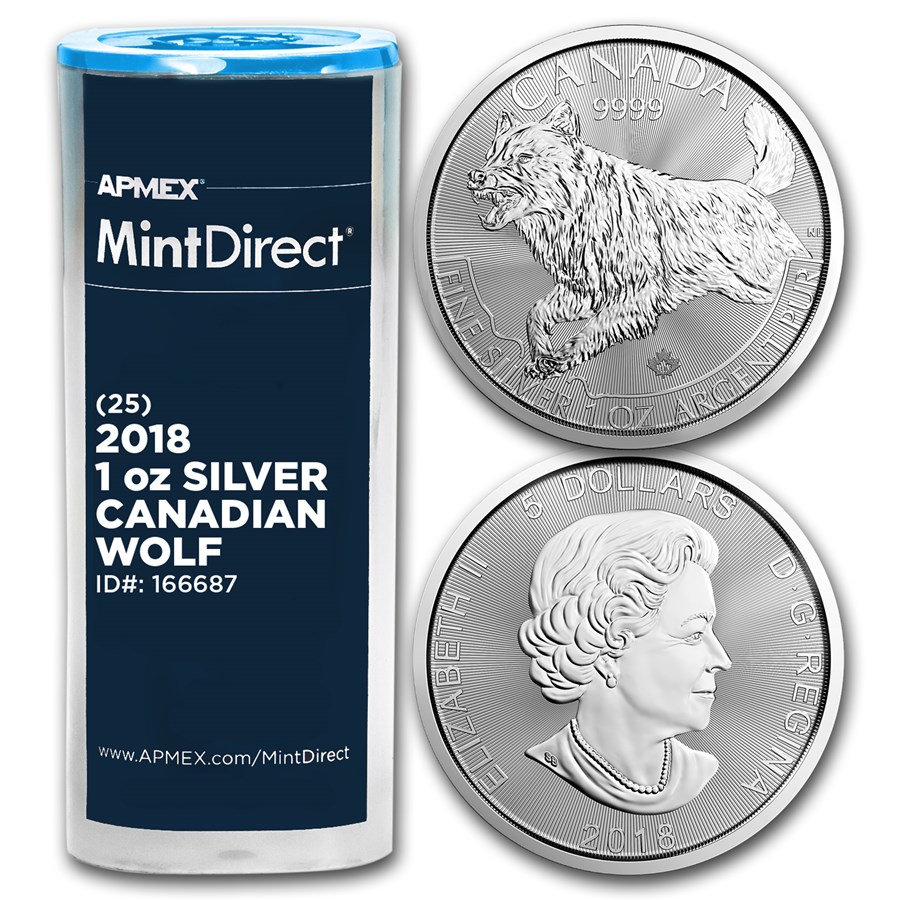 Your purchase will match the quality of the product shown.
Product Details
Product Details
This coin marks the third release in the successful Predator Series from the Royal Canadian Mint. The wolf is a fearless hunter that relies on its remarkable intelligence, keen senses and pack mentality to maintain its reputation as an apex predator.

The 2016 Cougar was the first installment of the Royal Canadian Mint's four-coin 1 oz Silver Canadian Predator series, followed by the second release, the Lynx in 2017. Each release has been equally popular with an exclusive appeal and low mintage of 500,00 coins. For the third release, the Wolf offers an even lower mintage of 300,000 coins!

Wolves range in color from black to creamy white in the far north. White hair contains more air pockets than pigmented hair and provides better insulation as well as camouflage against the snow. They are social animals, gathering in packs of up to 20 members. You will hear wolves on many outdoor adventures, particularly in the Algonquin Park, Ontario, where wolf howling is organized. Wolves are now permanently protected, not just inside the Algonquin Parks, but throughout the surrounding townships.

APMEX has created a process to guarantee these coins are direct from the Royal Canadian Mint to you to ensure that our customers receive only authentic Royal Canadian Mint coins. MintDirect® is your symbol of guarantee that these tubes come straight from mint-sealed "Monster Boxes", exactly as they were delivered, providing peace-of-mind when buying, holding or selling.

APMEX individually seals each MintDirect® tube to ensure that the authenticity and condition is protected after they are removed directly from the monster boxes. Each tube is placed in a protective plastic sleeve and shrink sealed.

By using this process, APMEX can guarantee that the coins you receive are authentic and in the exact condition as they were when they left the Royal Canadian Mint. The MintDirect® process gives investors confidence in their purchase, knowing that they can buy, hold or sell authentic coins, guaranteed.