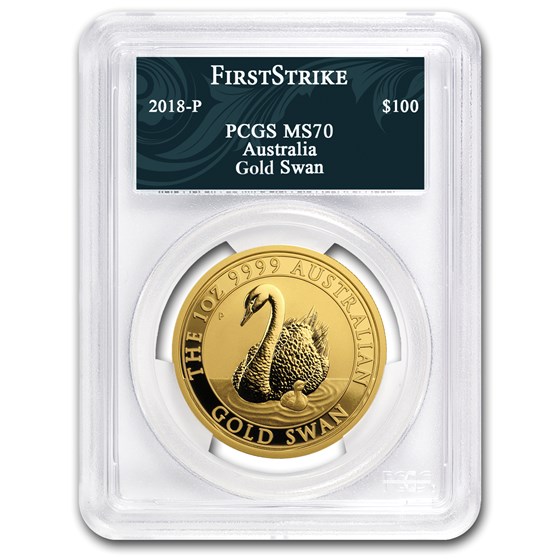 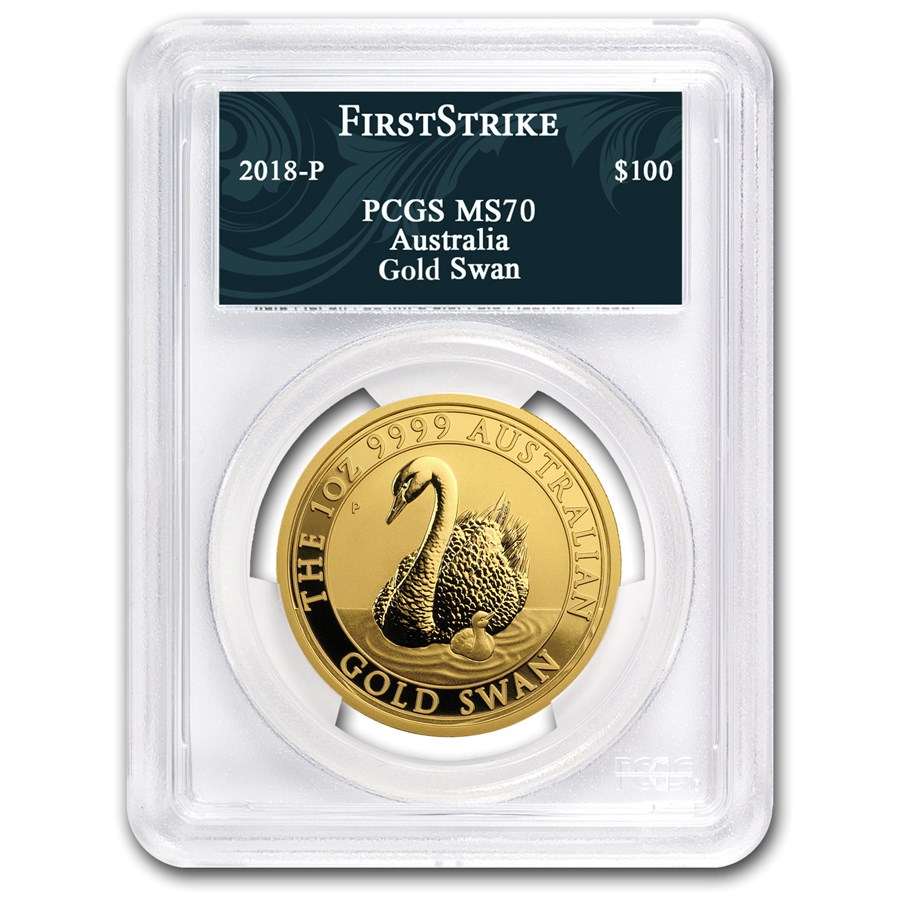 Product Details
Product Details
The 2018 Gold Swan coin has a limited mintage of 5,000 coins made of .9999 fine Gold. These MS-70 PCGS coins feature a much lower population of only 301 coins! An instant collector favorite, the Swan series is renowned world-wide.

The highly anticipated 2018 1 oz Gold Swan features a new and exciting design. The design for 2018 depicts the iconic Swan and her cygnet gracefully swimming on the water's surface. This coin is the second in an annual series of 1 oz limited mintage Gold Swan bullion coins with designs varying each year. Learn more about the exciting Perth Swan Series today!

Coin Highlights:
Protect and display your perfect MS-70 PCGS Swan in style by adding an attractive display or gift box to your order.

This swan is so lifelike that it appears to be ready to take flight off the coin itself. Add this spectacular 2018 1 oz Gold Swan graded First Strike MS-70 by PCGS to your cart today!

Swans are often a symbol of love and fidelity due to their long-lasting monogamous relationships. Swans are almost entirely herbivorous, though they will eat small amounts of aquatic animals. There are around seven different species of swan found around the world. Swans are classified as a threatened species mostly due to hunting and habitat loss. Pollution is also a contributing factor.
The Perth Mint Swan series is a renowned coin series world-wide by Gold and Silver investors and collectors.