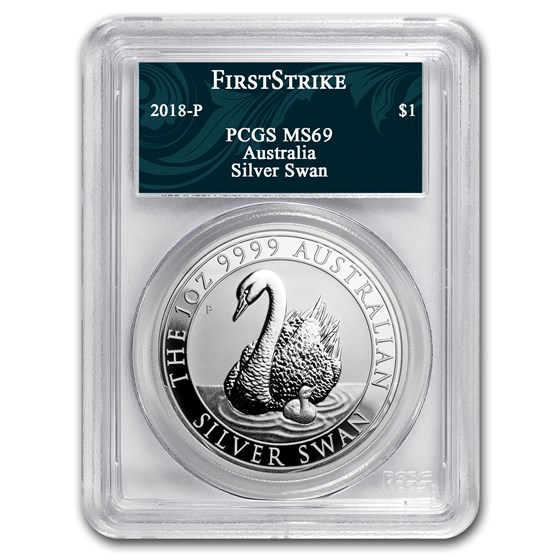 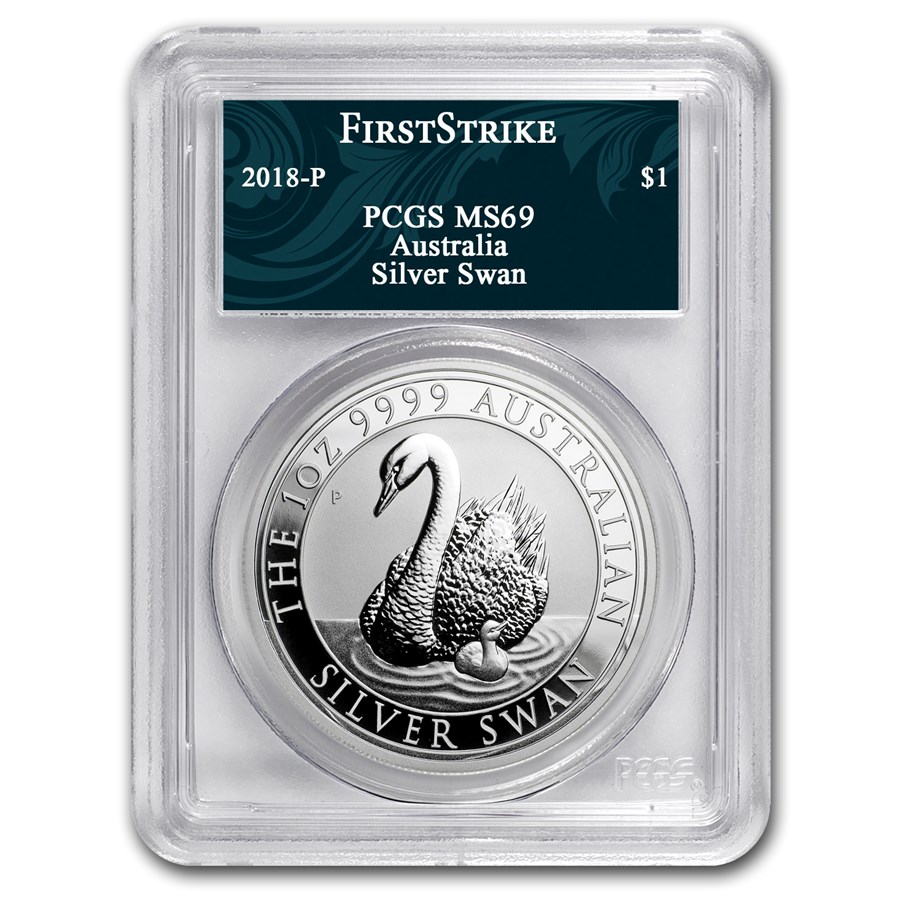 Product Details
Product Details
The Silver Swan coin has a limited mintage of 25,000 coins made of .9999 fine Silver. This coin was graded a near perfect MS-69 by PCGS with the First Strike designation. Only 102 of these exclusive MS-69s with the Swan Label exist!

This coin is the second in an annual series of 1 oz limited mintage Silver Swan bullion coins with designs varying each year, much like the heralded Koala and Kookaburra coin series from Perth. Learn more about the exciting Perth Swan Series today!