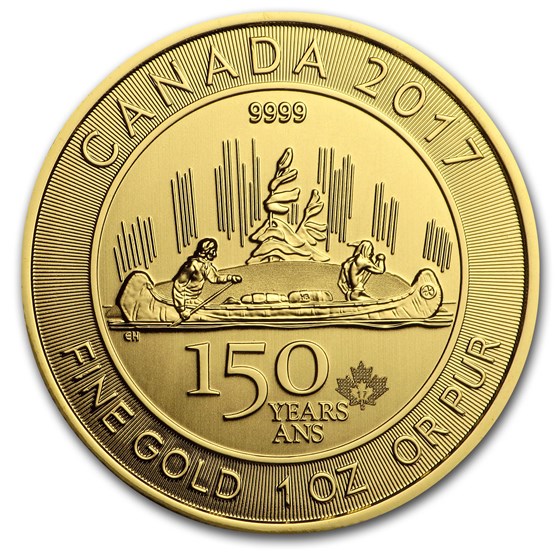 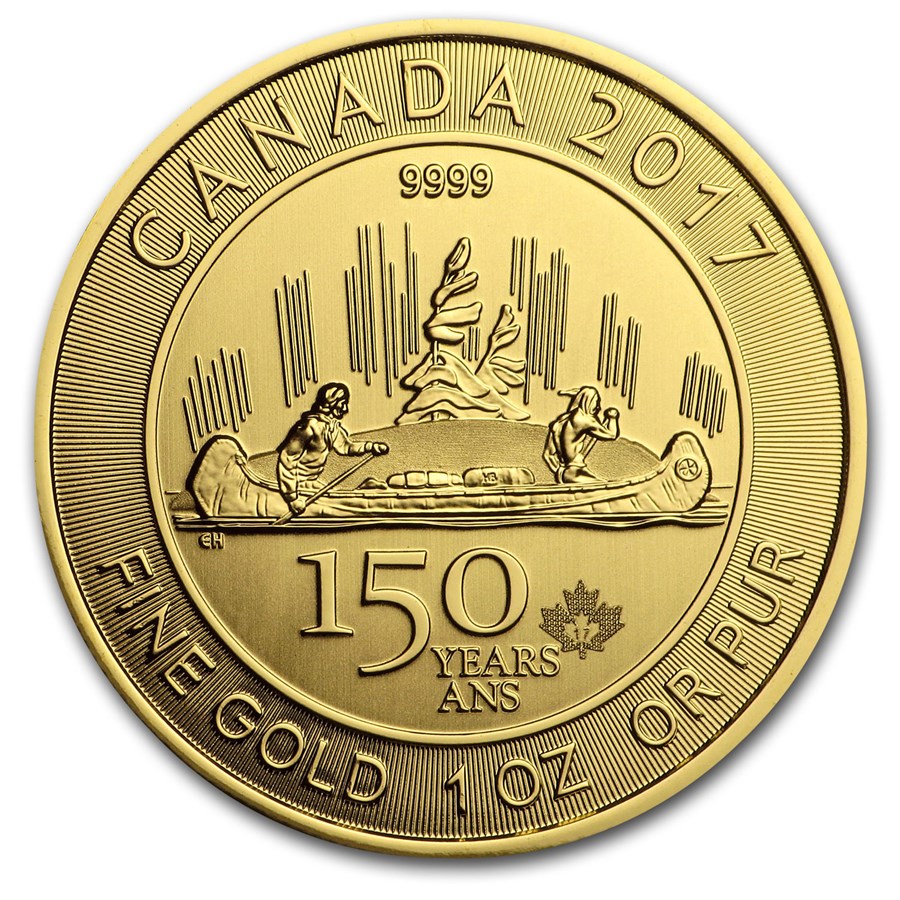 Your purchase will match the quality of the product shown.
Product Details
Product Details
The character and spirit of the country was revealed on Canada's first circulating Silver dollar in 1935. This remarkable design of the early frontier has made its way back as the first-ever $150 denomination 1 oz .9999 fine Gold bullion coin.

Canada’s first circulating Silver dollar was introduced in 1935 to mark the Silver Jubilee celebrations for King George V. Its design featured a voyageur and Native person paddling a canoe in tribute to the fur trade; the industry that founded the nation, and the image of a vast untamed frontier it conveyed made it one of the most popular coins.

Largely unchanged from the design that appeared on Canadian Silver dollars from 1935 to 1986, the “Voyageur” image by sculptor and artist Emanuel Hahn is a powerful nod to Canada’s early history and its reputation as an untamed frontier during the fur trade era.

In the center of the coin's reverse is where a canoe moves swiftly past the wind-swept pines that dot a semi-circular island. A voyageur paddles at the stern, while an Aboriginal paddles at the bow; between them, a bundle of wrapped furs are marked “HB” for Hudson’s Bay Company, while stylized vertical rays above represent the aurora borealis lighting up the sky.