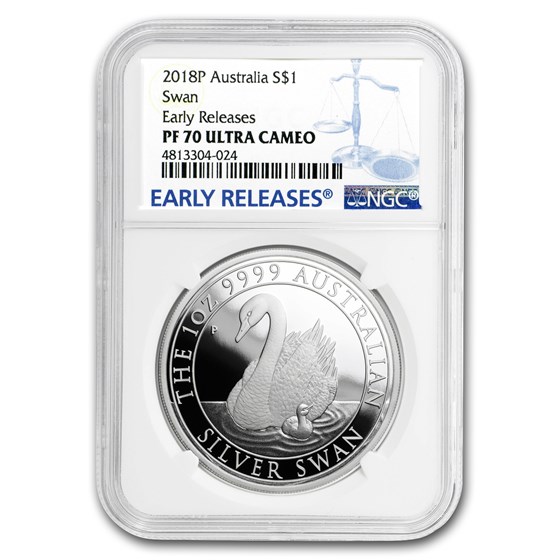 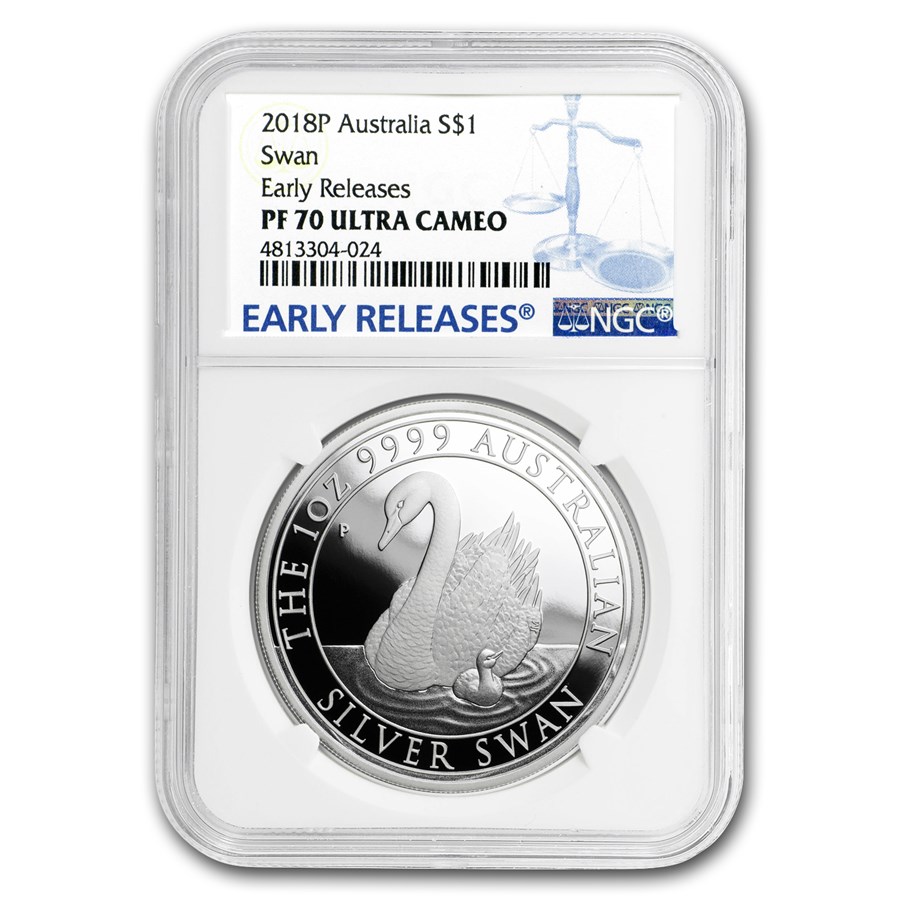 Product Details
Product Details
The Silver Proof Swan coin has a limited mintage of 2,500 coins made of .9999 fine Silver. This coin was graded a perfect PF-70 by NGC with the Early Releases designation and has a population of only 187 coins!

This swan is so lifelike that it appears to be ready to take flight off the coin itself. Add this spectacular 2018 1 oz Silver Swan graded Early Releases PF-70 by NGC to your cart today!

I was concerned for the buy price but some are already making me money if with the silver spot way low. My opinion the swan coin are out running many of the silver eagles. I thought nothing could beat an silver eagle investment but verdict is steal out. I have not been into the Swan's very long.