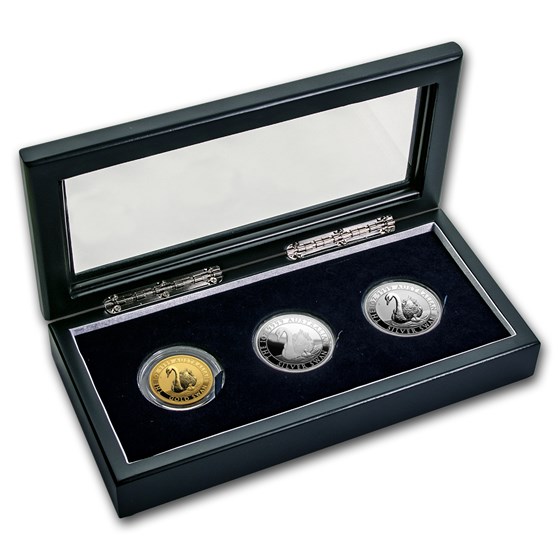 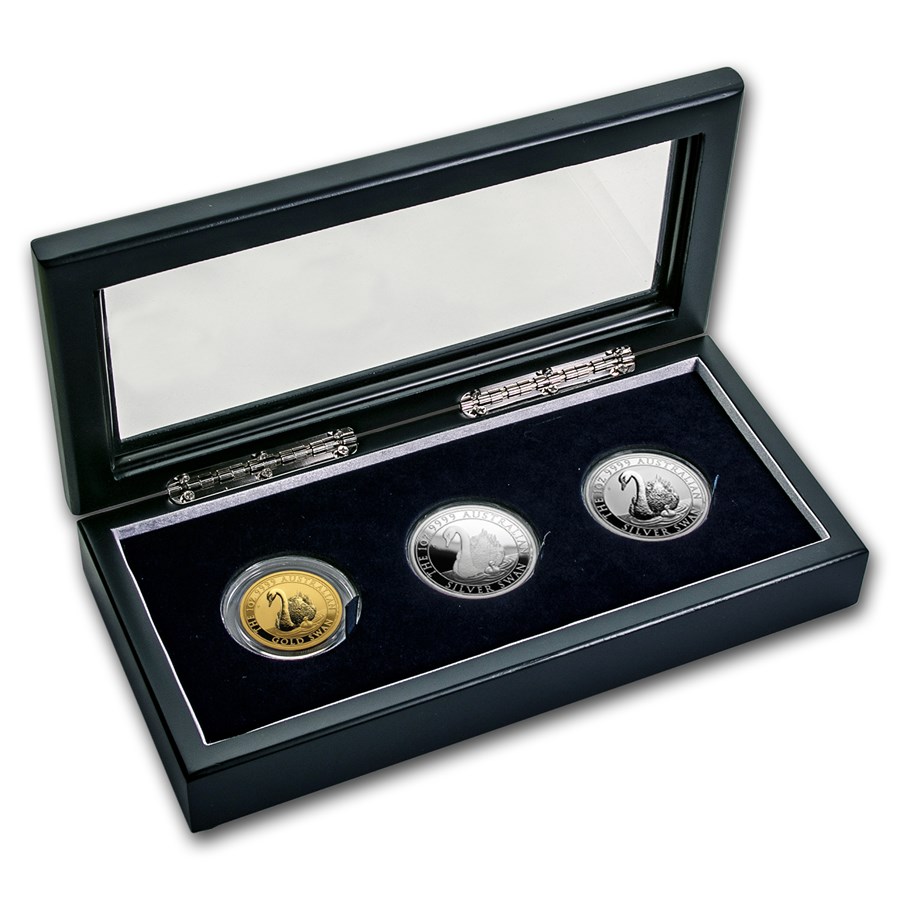 Product Details
Product Details
The excitement of the Swan series continues with this limited edition set from Perth Mint. With a limited mintage of 150 sets worldwide, this is an ideal opportunity to own the Silver BU, Silver Proof and Gold BU.

These coins are the second release in the 1 oz limited mintage Gold and Silver Swan coins with designs varying each year, much like the heralded Koala and Kookaburra coin series from Perth. Learn more about the exciting Perth Swan Series today!

Coin Highlights:
This swan is so lifelike that it appears to be ready to take flight off the coin itself. Add this spectacular 2018 Australia Proof/BU Swan 3-Coin Set to your cart today!