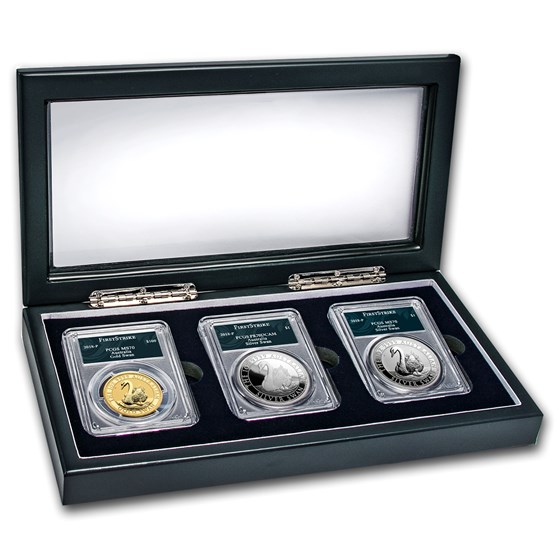 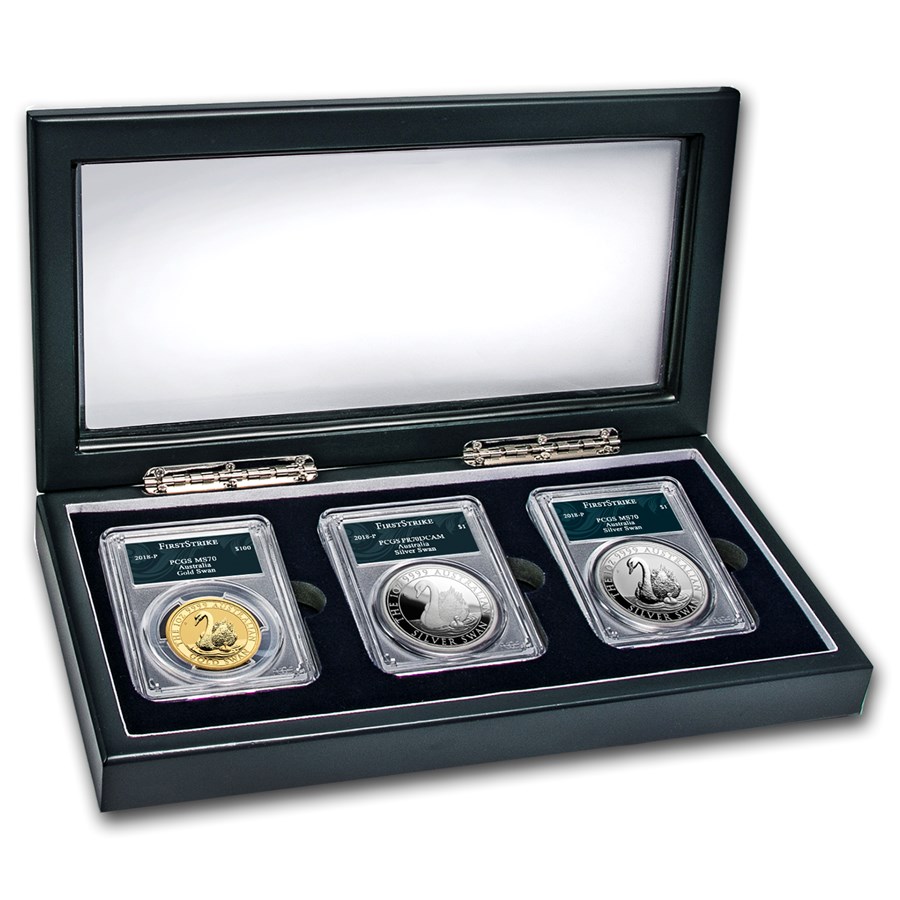 Product Details
Product Details
With a limited mintage of 150 sets worldwide, these sets offer the opportunity to own the Silver BU, Silver Proof and Gold BU graded perfect 70 by PCGS.

These coins are the second in an annual series of 1 oz limited mintage Gold and Silver Swan coins with designs varying each year, much like the heralded Koala and Kookaburra coin series from Perth. Learn more about the exciting Perth Swan Series today!

Coin Highlights:
This swan is so lifelike that it appears to be ready to take flight off the coin itself. Add this spectacular 2018 Australia Proof/BU Swan 3-Coin Set graded a perfect 70 to your cart today!

Another superb transaction with APMEX. As usual, everything was perfect! How do they do it so consistently? I'm impressed. The '18 Swan Set is a truly gorgeous work in the series. Only need 1 more year to catch up to date. I will continue this one in the future.