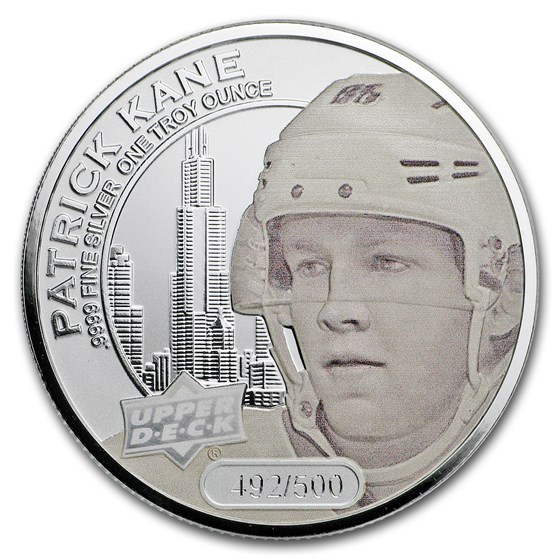 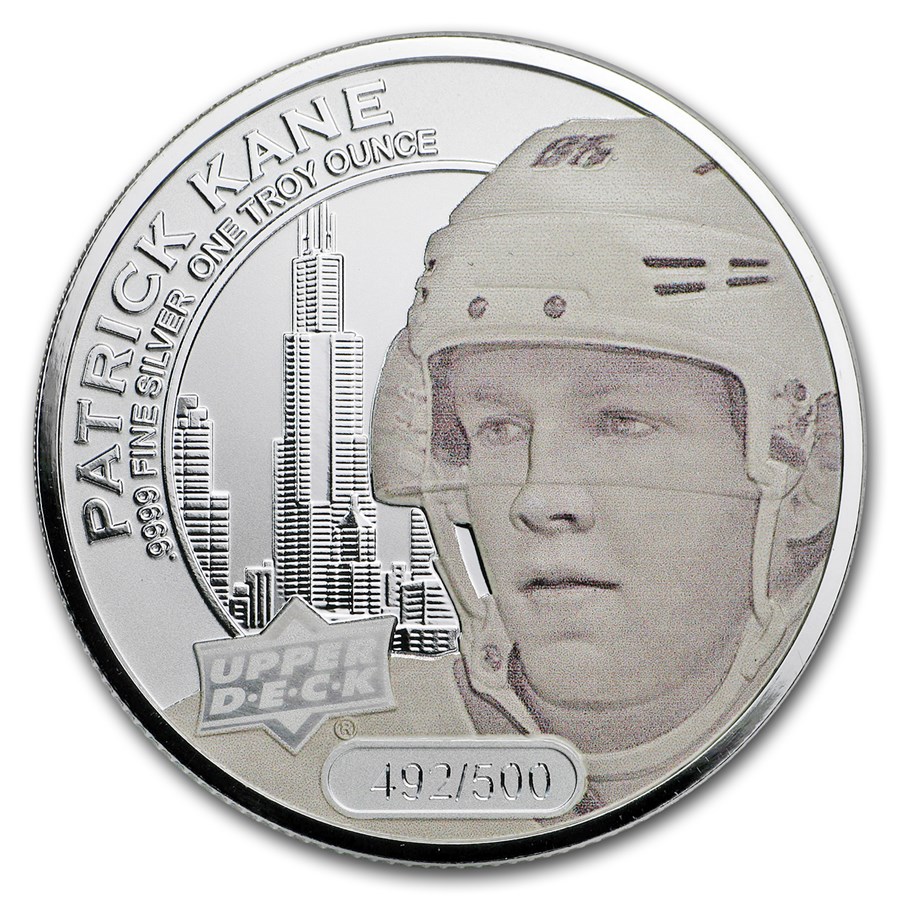 Your purchase is guaranteed to match the quality of the product shown. It will not be this exact item.
Product Details
Product Details
This limited mintage coin is part of a new collectible series by Upper Deck and features iconic National Hockey League players, such as Patrick Kane.

Sometimes No. 1 overall draft picks don’t pan out. Patrick Kane does not fit into that category. The top pick in the 2007 NHL Entry Draft, Kane brought Stanley Cup championships to the Chicago Blackhawks in three of his first eight seasons there (2010, ’13 and ’15). In 2016, he captured the Hart Memorial Trophy as league MVP, the Art Ross Trophy as the top point scorer (106 points) and the Ted Lindsey Award as Most Outstanding Player as selected by the NHL Players Association. Kane was the first U.S.-born player to win both the Ross and Hart trophies. The versatile right wing was named one of the 100 Greatest NHL players when the league celebrated its 100th anniversary in 2017.